On the result of the recent New Zealand election I wrote about the overwhelming number of women that were standing for election and why this is a very bad thing. The Bible is clear on this as well in the passage from Isiah:

As for my people, children are their oppressors, and women rule over them. O my people, they which lead thee cause thee to err, and destroy the way of thy paths.

But I wonder even if the good Isiah had any inkling of the fate of foolish nations in the future who didn’t just choose women to rule over them, but lesbian women.

NZ overtakes UK’s record with most gay MPs in parliament.

There are now 11 gay MPs in parliament, up from seven, which at more than 9 per cent is the highest proportion of any National Assembly. In Britain, previously the record holder, there are 45 gay MPs out of 650, or 7 per cent.

“We have a critical mass with high visibility and we’re seen as valid. If we do end up being the most LGBT representative parliament in the world, that would be simply great.”

Just why having more sinners who publicly identify and revel in their chosen sin is great is left unsaid, as is who the benefactors of this great greatness actually are. There was a tweet included from the man who is likely to be the deputy prime minister of that poor nation but it has now disappeared to the ether. Fortunate that I made a copy then. 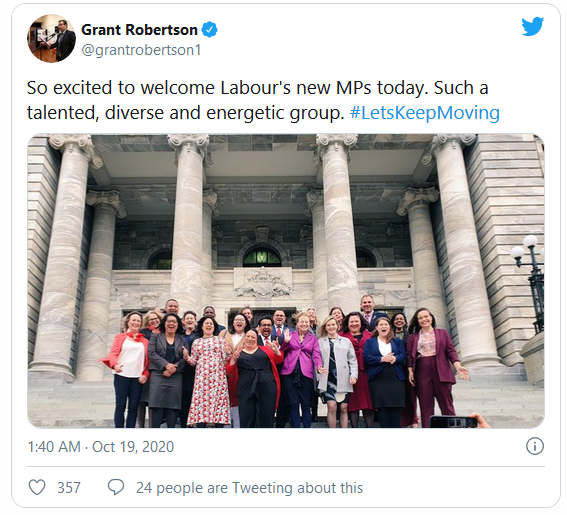 As usual, women ruin everything. But lesbian women take ruining stuff and say, “hold my testosterone fueled beard!” as they dial the ruin up to eleven. Just what sort of national policy decisions that collection of fools, idiots, wasteoids and degenerate perverts are going to come up with is anyone’s guess. The pits of hell are the limit one would presume.

New Zealand is about to get democracy good and hard.