Victoria police have sent 3 police cars to a woman’s home because she made a Facebook post suggesting that people go to the park for a walk.

“We are monitoring posts in relation to the protest in Dandenong right now.”

They (I would want to assume gender, this is Victoria, after all) also admitted the following:

“If it can be shown that your intention was to promote to have a group of people attend a park in contravention of the lockdown orders right now, you can actually be charged with an offence that could include incitement.”

This police state lunacy follows a mostly peaceful protest by Muslims in Dandenong, who all went for a walk, for less than an hour, within five kilometres of their homes, and they followed all the silly lockdown rules, including following antisocial distancing regulations and they wore face masks.

Hilariously, a local Marxist tried to blame it on so-called “white supremacists”: 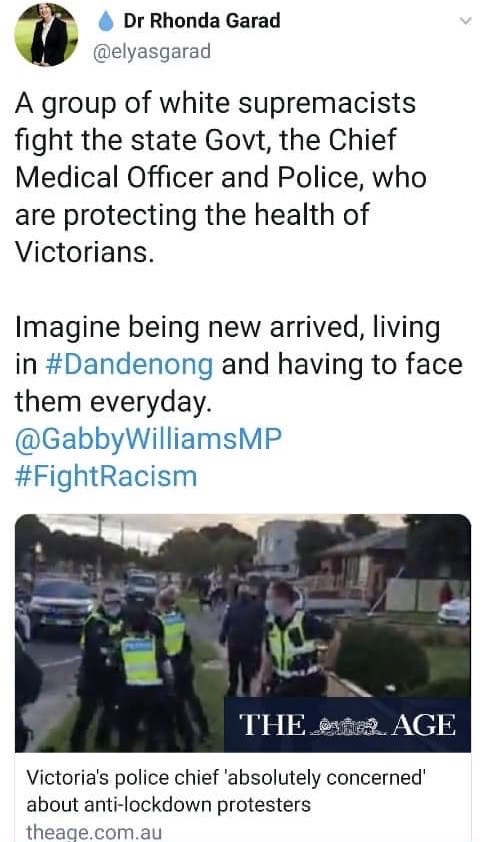 It is understandable that the police are a little concerned. You wouldn’t want Anglos catching on to the idea. You never know where it might lead…