What the headline said.

Six protesters have been arrested at the Black Lives Matter rally in Sydney.

Among those arrested at Tuesday morning’s illegal rally were event organiser Paddy Gibson.

He was filmed being forcibly removed from The Domain by officers and dragged into a police car.

My favourite bit of the footage is toward the end where an illegal gatherer is hauled away by police as he brandishes the fake aboriginal flag. 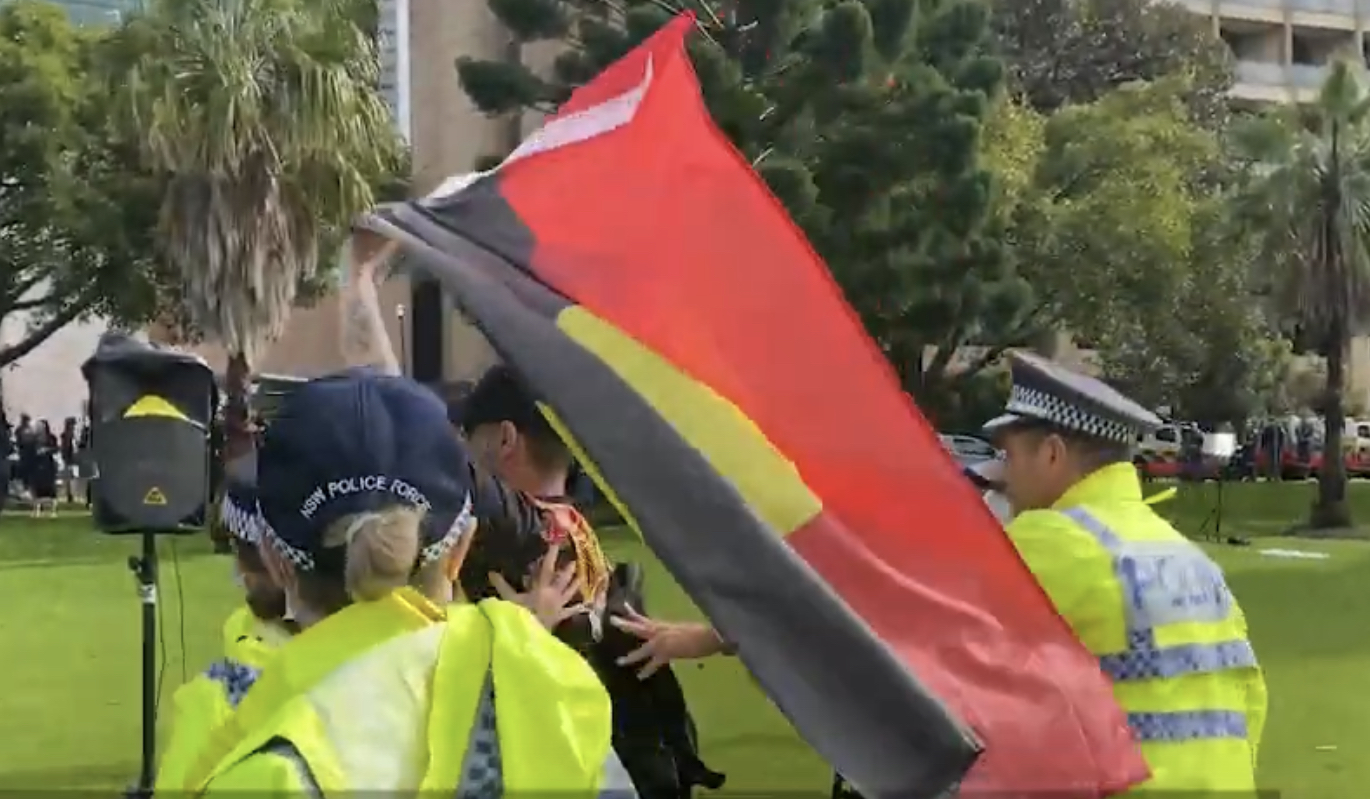 I love the symbolism. It’s about time we stopped mollycoddling these subversives and locked up anybody who opposes the legitimate rule of the Anglo descendants of the men who founded this country.

‘Tell the people to cancel the rally, leave the Domain, don’t come near me.’

He was detained and fined before he was later seen heading into nearby NSW state parliament.

Each were issued with $1000 fines for breaching public health orders, before being issued move-on directions.

A third woman, aged 25, was arrested and issued a Criminal Infringement Notice for offensive language.

The protest was due to start at midday Tuesday, despite being declared illegal by the NSW Supreme Court, which later dismissed an appeal by Mr Gibson.

Up to 5,000 protesters had registered on Facebook to attend the rally but was shut down by police before shortly before it was due to start.

Keep in mind this kind of people don’t actually have any money, but there is a massive network of lawyers and NGO’s with not so mysterious funding sources who work tirelessly to bail them out. I just hope the coppers were able to get a few kicks to the nuts in. It will likely be the only consequence these flogs face.

Authorities in Sydney appear to have learned their lesson from the corruption and incompetence seen in Melbourne, which hosted the largest illegal BLM gathering in Australia, a key factor in the corresponding coronavirus spike. Melbourne is now rightly anathema to the rest of Australia. Even before the Chinese Diversity Flu it was the most corrupt and authoritarian city in Australia, and that is saying something, given Canberra’s notoriety.

If shithole Melbourne can serve as a warning to Australia, and Australia takes heed, our people may still have a fighting chance.