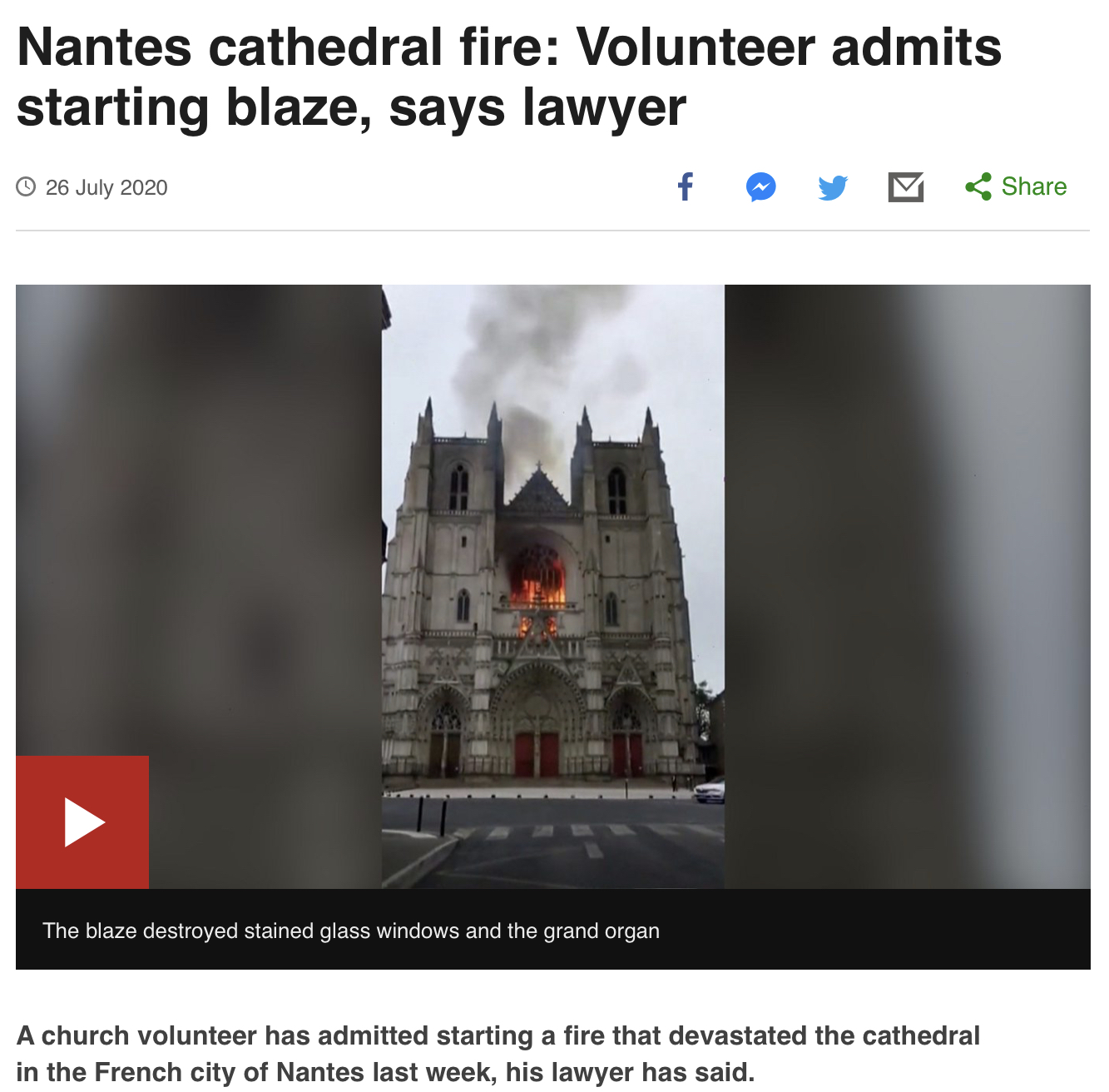 I think you get the picture.

A church volunteer has admitted starting a fire that devastated the cathedral in the French city of Nantes last week, his lawyer has said.

The Rwandan refugee, who worked as a warden at the cathedral, was rearrested on Saturday night.

No motive for the fire, which destroyed the cathedral’s 17th Century organ as well as historic stained-glass windows, has been given.

His lawyer told reporters his client felt “relief” after confessing.

“It’s someone who is scared, who is somehow overwhelmed,” his lawyer, Quentin Chabert, was quoted as saying by Reuters news agency.

You almost wanna feel sorry for him. Good for him, confessing to his crime. What a good Christian.

You could even argue this news is being whitewashed.