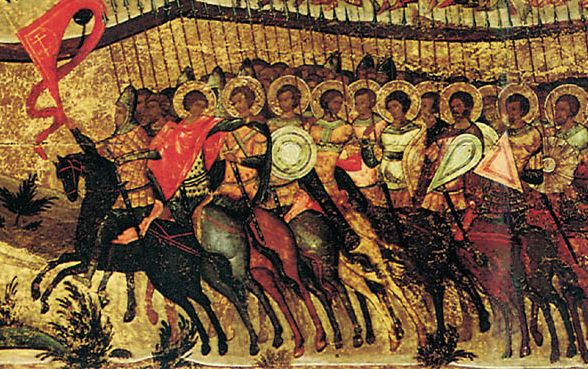 Take away the Mass, destroy the Church.

I first became aware of The Council of Trent when I moved to the Italian region of Trentino in the spring of 2000. The original building that housed the council still stands adjacent to the cathedral in the magnificent square of Trento. The council lasted for 18 years and was undertaken in response to the Protestant Reformation heresy where Martin Luther sought to destroy the sacred Mass. The Catholic Church’s response became known as the Counter-Reformation.

One of the ways in which Luther crippled the Mass was by the removal of ten of the twelve offertory prayers. As part of the Council’s deliberations, these were retained and codified in the Catholic Liturgy in what became known a few years later as the Tridentine Mass; the Roman rite Mass of the Catholic Church, performed entirely in Ecclesiastical Latin.

The codification was cemented by Pope Pius V in 1570 in the Quo Primum. In this he wrote:

… this present constitution can never be revoked or modified, but shall forever remain valid and have the force of law … And if nevertheless anyone would ever dare attempt any action contrary to this order of ours, let him know that he has incurred the wrath of Almighty God and the Blessed Apostles Peter and Paul.

400 years later, this law was broken by the vile heretic and imposter, Paul VI. The final act in a 10 year undertaking to destroy the Catholic Mass and to render it on an equally low footing with the protestant abomination. This despicable rendering was termed the Novus Ordo or New Mass, a final product of the Vatican II debauchery. The very same 10 offertory prayers removed by Martin Luther were also removed in Vatican II. So now the Catholic liturgy coincides with the Protestant liturgy. Anything that was deemed to be too Catholic was removed from the Mass.

The depravity of sin; the snares of wickedness; the grave offense of sin; the way to perdition; terror in the face of God’s fury; God’s anger; the divine majesty; infirmities of soul; our weak will; the strength of our vices; the blows of His wrath; the burden of evil; the hour of His death; the loss of heaven; everlasting death; eternal punishment; the pains of hell and its fires; the true faith and the existence of heresy; any reference to the church militant.

That last one is particularly noteworthy.

In other words, every pope since 1958 have been heretical imposters. The Papacy has two requirements: the physical seat of office and the spiritual seat. This spiritual authority has been entirely absent as a result of Vatican II. Thus these Novus Ordo popes have no legitimacy and are invalid simply by their association with Vatican II. Their failure to act damns them. Their plaintive acceptance of apostasy is all that is needed to know in which camp they stand. They are practicing and promoting a false religion which does not represent the Catholic faith.

The power behind Paul VI and the chief reformat of the Catholic liturgy was cardinal Bugnini. Bugnini was a Freemason. His claimed intent was to bring the protestants back to the Catholic Church, but this was a lie. His actual act was the exact opposite of this. As always, the prog left inverts as it lies and seeks to destroy.

In 1917 the first official codification of canon law was completed. It is the only true compendium of canon law; anything that came after is heretical by association with Vatican II, let alone with its contents.

Any office becomes vacant upon the fact and without any declaration by tacit resignation recognised by the law itself if a cleric:

Any office. Up to the very top.

To put it bluntly, you may believe that you are Catholic but you most probably were baptised by a false priest who was falsely ordained. It’s that bad.

And now the motivation for the collapse in support for the Church becomes plain; true and good men do not voluntarily suffer an abomination. But the prog left continues without pause to still attack the Catholic Church. Even brought to its knees from within and without, it is still that much of a threat because for Satan it is the only enemy. No other religion or form of Christianity in the entire world is attacked by the left. On the contrary, the left deliberately upholds and pushes acceptance of any religion going. For them, the less that attend a true Catholic Mass, the better.

The left with the backing of Freemasons really got going in the 1970s with their push of everything new age, a term which fitted in nicely with the new mass. The timing was not coincidental. With the upheaval and vacuum created by Vatican II, there was no barrier in place to stop the opening of the flood gates for evil. The acceptance and open solicitation for feminism, divorce, contraception, homosexuality, multiculturalism, the demonisation of the family unit, and every other abomination that has carried on unabated for 60 years stems from this one act.

And now here we are. Western civilization is lost and decrepit. The barbarians are inside the walls. And now they are openly beginning to tear everything down. Our leaders vacillate while they attempt to steal the remaining wealth via instigating lock downs for a pretend plague. If you do not publicly express solidarity with the insane then you risk the wrath of the mob. And the Church is no refuge for the Church has been compromised.

And now we return to the church militant. In the process of being subjugated from within, the Church has been repainted as a lazy force. Feelings have been given paramount importance and with it came the deification of the female. Christians were urged to “turn the other cheek”, to be “meek”, to forgo all efforts at standing up for their religion, to be submissive. This was encapsulated in the abandonment and vilification of the concept of the church militant.

Having a people of one nation united together under one Church with a common belief is the most powerful human force on earth. We must start with ourselves, and then with our brothers, and then with the rest of our tribe. Our nations must be our nations again, as God decreed. We cannot survive as a house divided onto itself. Our enemies have been dividing us for 500 years; if we do not act, soon will come the conquering.

My thanks to Giuseppe Filotto for help with these articles.

Inspiration also obtained from this video.

Adam will be expanding on this topic at The XYZ Conference on Thursday July 2 between 8pm and 10pm AEST.  The Conference will stream on The XYZ YouTube Channel. 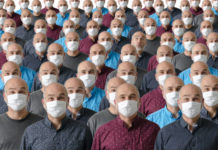 Rejection of God is the source of Covid Tyranny 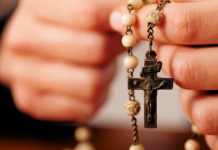 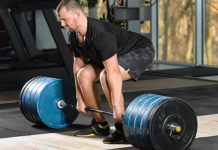