In a time when working-class gentiles are at risk of losing the roof over their head as billionaire Jews get “their landlords over a barrel”, bagel munching trusted flaggers receiving reparations payments for a fake genocide are gleefully getting folk like myself kicked off Twitter for naming that den of thieves, pornographers, traffickers, organ harvesters, extortionists, paedophiles, rapists and murderers known as Israel.

My last post which merely pointed out the fact that Australian Federal Treasurer Josh Frydenberg isn’t a gentile appeared to be sufficient to get me banned. Laughably the multiple Jewish Twitter censors who mass reported my profile had the hutzpah to accuse me of being on par with Kim Jong-Un.

But when you understand that Jewish power emanates from instigating infighting amongst gentiles, so gentiles don’t rise up against their Talmudic terrorism of deviancy and death, you understand why they need to ban voices that call out their treachery.

Wouldn’t it be a damn shame if the gentiles of the world were to unite against the Zionist Occupation Gangster Governments and bring these criminals to justice.

Starsona is enabling me to crowdfund for the Jeans for Genes charity. If you’d like a personalised ‘A Ryan Rant’, a customised cartoon, or a shout-out for you or a friend hit me up and I’ll help you out. You can find my profile here: https://starsona.com/ryanfletcher 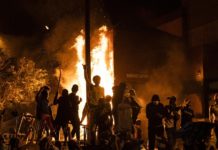