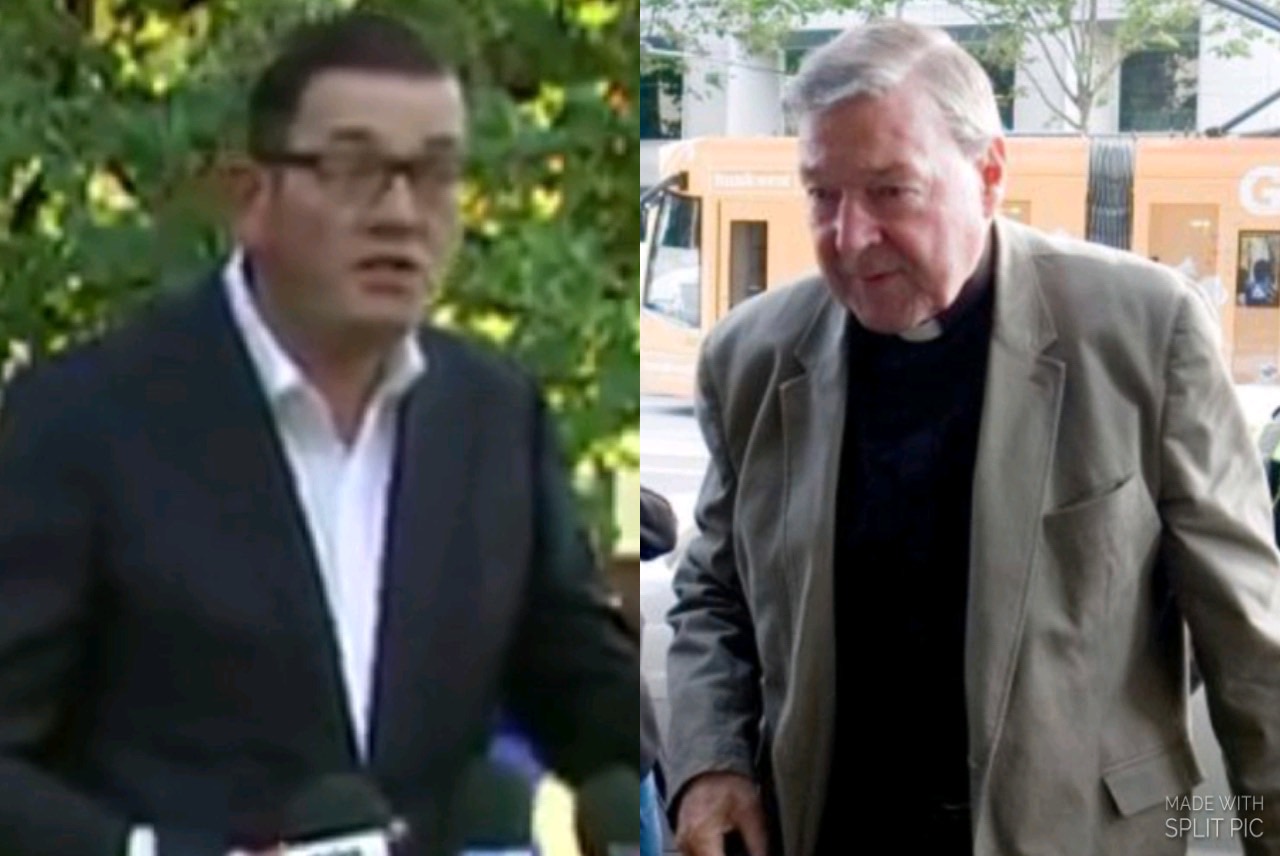 The XYZ has obtained exclusive footage from inside Dick Ears Dan Andrews’ office the moment he heard that George Pell had been acquitted by the High Court:

He has moved very swiftly indeed. Andrews’ sociopathic response to the verdict told us something was on the cards.

An overhaul of Victoria’s jury system is expected to slash the length of criminal trials and reduce trauma to victims.

The state government will on Tuesday introduce a bill aimed at simplifying the raft of judge’s directions given to a jury.

Labor says complex and “confusing” explanations about evidence, credibility and reasonable doubt will be clarified, to ensure fair trials and deliver faster verdicts.

Sexual assault victims will be better protected under the changes, because the trial judge will no longer be required to cast doubt on their reliability.

Attorney-General Martin Pakula says simpler directions will ultimately reduce the number of appeals and retrials, protecting victims and their families from further anguish.

The Jury Directions Bill 2015, which will go before Victorian parliament, was developed after consultation with the legal fraternity.

Apparently, explanations about such vague, elitist ideas as “evidence”, “credibility” and “reasonable doubt” are confusing. They need to be “simplified” and “clarified” so as to ensure fair trials and faster verdicts.

“Sexual assault victims will be better protected under the changes, because the trial judge will no longer be required to cast doubt on their reliability.”

You can write that, but you can’t say it without a part of your soul dying.

“So many people were willing to believe the charges against Pell because of the institution which he represents, not the man himself. He was guilty by association and personal success. He had to be brought down so the continual attack against the Catholic Church could be stepped up a gear. Now that their prosecution is in tatters, Pell’s accusers and enemies will not admit to any wrongdoing. They will seek convenient scapegoats to hang the blame and then proceed unabated to the next target, if indeed they decide to back off and leave Pell alone.”

It’s all there in black and white. They intend to “reduce the number of appeals and retrials” under the pretext of “protecting victims and their families from further anguish.”

The next show trial is going to be an even bigger foregone conclusion than Pell’s first one. And we won’t be allowed to leave the state.