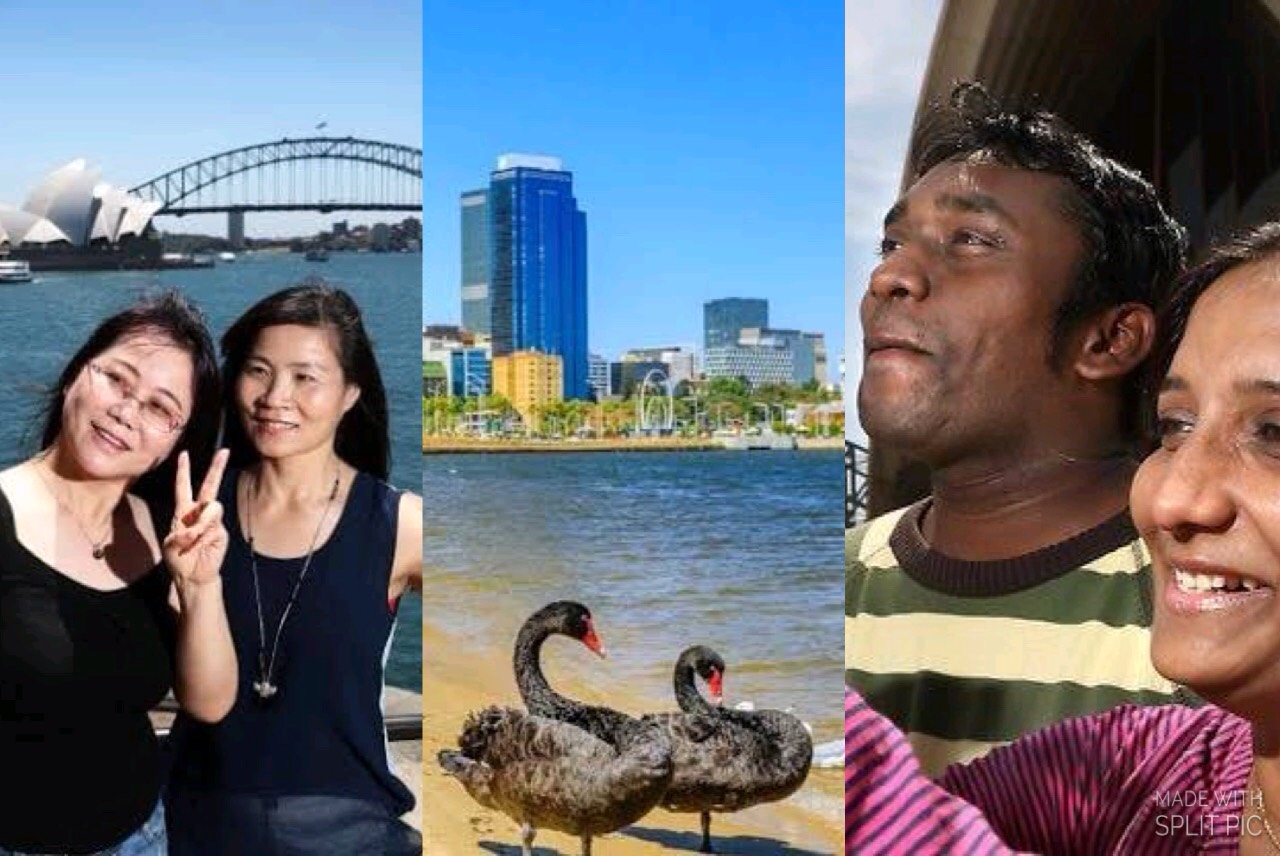 The Western Australian state election in 2017 was widely thought to be a simple win for the Labor party. Years of Liberal party mismanagement, scandals, and some high profile undemocratic practices essentially decided the election before it was even called, and the only thing Mark McGowan had to do to win was not say anything stupid. Bill Shorten could have learned from this in the recent federal election, but thankfully did not. One good example of the mess caused by the Liberal party is the much debated Roe 8 freeway development scheme in the southern suburbs of Perth, which was begun shortly before the election without the people’s mandate, and despite much protest. All Labor had to do to win the swing voters was profess their opposition to this unpopular scheme, and that’s exactly what they did, whether their true intention was to stop it going through or not. Regardless of the virtues of the Roe 8 issue in particular, the former Liberal government’s arrogant attitude in that case was symptomatic of why Labor won out in the end.

Although McGowan kept his head on straight during the election, as always Globalist Labor’s true colours will out. Recently, a Chinese diplomat was able to secure not one, but two large article spaces in the prominent pro-Labor West Australian newspaper, essentially advocating for loosening intra-Australian dependencies by directly increasing ties to China. Remind me, why did we bother federating again? The article also casually fails to mention the downturns in China’s economy and its ever-oppressive society. It could be characterised as propaganda, puff, or even an intimidation piece, if one looks beneath the facade of optimism. The author, one Dong Zhihua, is the consul general to Western Australia (seemingly a position of mixed importance in the Chinese Government), who looks to be securing yet another conduit into Australia – perhaps for the glory of China, perhaps merely to make a nice line on her resume for when she inevitably tries to climb through the ranks of the Chinese imperial court.

As mentioned on award-winning Australian current affairs program “XYZ Live” recently, the Chinese government is “thrilled” now that it has discovered that it can enter into economic agreements with states directly, bypassing the Australian government. Apart from the Victorian sign up to the Belt and Road Initiative, there are also movements of this sort in WA, where there are now trials of direct flights from Shanghai to Perth beginning in January 2020. You have less than two months to prepare our beautiful state for the wave of Chinese colonists-sorry, tourists, that is about to be unleashed upon it. As mentioned in this WA Today article, three flights a week on Airbus A330s will enter the state via China Eastern Airlines – just shy of three and a half thousand Chinese over the whole course of the 5 week trial. However, WA was hardly suffering from a lack of Chinese toursists, as the article goes on to mention that their numbers grew to 64,400 over the year between March 2018 – March 2019. If the trial numbers are consistent over a full year, this will nearly double the amount of Chinese tourists visiting WA. Oh and they’re stuffing our fresh produce in the belly of the plane to sell in Chinese markets for a pittance.

This is in addition to a direct flight planned for IT department employees. The national loyalty of Indians in Australia has been laid bare – as this article shows, the Indian Society of WA has collected over 2000 signatures to support the direct flight, although the specific airline has yet to be worked out. The signatures have been presented to parliament and will likely have bolstered the government’s decision to go ahead with the plan – note that the 65,000+ votes for One Nation in the 2017 election have seemingly just disappeared into thin air, as far as the government is concerned.

A brief reading of the linked article is recommended, as it will highlight the horrendous dystopia that our neighbours to the north will release onto our beautiful state. Something like 50 million Indians – you read that correctly – travel abroad every year. A spokesman for the Indian Society stated, “It is very important to us, the Indian community is growing to 100,000-plus in Perth,” Although unintended, this is actually valuable information, as demographics in Australia are sketchy and difficult to properly track. This would imply that Indians are somewhere between 5-15% of the Perth population, because we all know they aren’t moving anywhere else in the state. It is very important to the Indian Society that more Indians congest Western Australia and take up space that should be inherited one day by Western Australian children.

As if doubling the overall tourist numbers with those direct flights were not enough, a third passage from Asia was opened up earlier in the year – a direct flight from Tokyo to Perth. Something close to 75,000 extra tourists from Japan are planned to provide an extra $175 million to the state economy, “As part of my government’s commitment to boost tourism in our state we want to fill our planes, hotels, restaurants and cafes, and get people visiting Western Australia to help stimulate the economy and create jobs,” said Premier McGowan.

However, at least the Japanese come from a first-world country with a culture of respect, decency, and hard work. Their extreme attitude towards work results in them getting very few holidays each year, and it is possible that after interacting with the thousands of less-civilised Asian tourists slated to be coming as well, their tastes for WA will soon sour. It is likely that the Japanese respect us as neighbours after having proven our mettle by keeping them out in World War Two. The behaviour of Indians and Chinese do not do much to show that same respect, and unlike them, the Japanese have proven to have little interest in offloading their excess population to our country.

The economic argument for these flights makes perfect sense, as tourism is one of WA’s largest exports next to its natural resources (itself a veritable basket case to be discussed at another time), and these direct flights will certainly boost tourism numbers and bring in money from outside the country. But what is not being considered are the cultural costs this will place on Western Australians. On top of immigration and current tourism, these direct flights (if enacted permanently) could altogether add well over 250,000 people entering the state every year. Will their money alone provide enough compensation to accommodate them all?

Realistically, we needn’t fear that they’ll stay here, as many will likely be on Visas and leave again, but this is a huge influx of people to a very sparsely-populated state. Perth infrastructure is already strained, and the country areas are doing their best to hold on to their way of life. Small town Australia is a cultural staple that should be protected, but between this effort and the Liberal federal government’s floated plan to force migrants into rural areas, the next few years may see the overwhelming of rural Western Australia, with all her history of pioneers, shearers, farmers, explorers, and soldiers. It is a large, unforgiving place, and its people are few, but it has a calm, humble history that is cherished by its locals. It is home to some of the last untouched, hidden jewels of nature in the world, clean, empty, and largely unmolested by mankind; what should be the inheritance of WA’s children to safeguard and enjoy. Do we really need to turn our state into the world’s largest tourist trap?

On top of all the threats to Western civilisation right now, we also need to face up to the assisted rise of China, briefly touched on above. It is indeed largely artificial, because China is highly dependent on Western markets, Western self-policing (which stops us from keeping them in check), and the relative weakness of their neighbours. The Chinese know this external dependency is their greatest weakness, and they also are starting to realise that they might just have the military muscle to back it up. This is why they are sending emissaries out to weak Western nations such as ours to placate the locals and secure political ties. It should be noted that, as is the pattern with Australian politics, no party by itself won a majority of votes in the WA election, and no party even came close to cracking half of them. Labor overall won 42% of the vote, and yet thanks to our preferencing system, hold 55% power over the whole state.

Perhaps without the enormous influx of immigrants, Australia’s political situation would have normalised by now to something resembling the European parliaments, where several parties are forced into uneasy alliances to enact the people’s will, while not having the unrestrained mandate to run their policies roughshod over the whole population. The effect of recent immigrants running to the major parties for validation, and the natural Anglo instinct to set up two large parties against each other with a few satellites orbiting their titanic lockstep struggle, have combined and essentially sealed Australia’s political environment into what it is today. Whether it will remain so lies in the hands of Australia’s increasingly demonised and disgruntled founding stock. One thing is for sure: with the increase of Asian visitors, Western Australians can expect all the enrichment that brings – more filthy streets, more rude foreigners, and more stories of untimely deaths from careless tourists. But don’t worry, at least they’ll pay for it all. 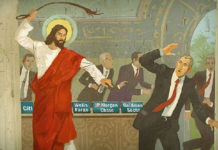