The British voted for Brexit because they wanted to get their country back. The British are losing their own country because conservatives who fight according to groundrules set by communists fail at every turn to oppose the advance of communism. In the British Parliament yesterday, a conservative fought according to rules set by communists in order to attempt an attack on a communist, blind to the fact that she is simply reinforcing the communist’s own position:

Jeremy Corbyn has been forced to deny calling Theresa May a “stupid woman” in the House of Commons after a furore over the apparent sexist jibe.

After months of warring over Brexit, Tory MPs were for once united in condemnation of the Labour leader, who was accused of muttering the insult during an acerbic exchange in Prime Minister’s Questions.

“This kind of misogynistic language must not be tolerated,” fumed Conservative deputy chairman James Cleverly, while some female Labour MPs also warned it was “not ok”.

The row came after Mrs May accused Mr Corbyn of descending into “pantomime” over Brexit, her jeers complete with panto phrases such as “Oh no he isn’t, oh yes he is” to cheers from her party. As she sat down, Mr Corbyn appeared to mutter: “Stupid woman.”

The remark wasn’t picked up by microphones but MPs on both sides of the House were certain of what he said.

Speaker John Bercow said he had consulted lip-readers who believed Mr Corbyn probably did deliver the slur, but no-one could be ‘100 per cent’ certain.

But Mr Corbyn returned to the House later in the afternoon to insist he had used the words “stupid people”, referring not to Mrs May but to those “seeking to turn a debate about the national crisis facing our country into a pantomime”.

He said he was “completely opposed to the use of sexist or misogynist language”.

There is growing concern about the level of abuse received by female politicians, especially on social media, and Mrs May said she did not want women to be “put off” becoming MPs by what might be said in parliament.

“I think it is incumbent on all of us in the House of Commons to be careful about the language that we use,” she told reporters.

Theresa May is a stupid woman. For a conservative the word “sexist” should only be used ironically, because dividing the men and women of a nation against each other is one of the basic methods communists use to divide the people of a nation against itself.

If May was a serious conservative and patriot who wanted to further the interests of her people and her nation, she would resign from public life and insist that all female politicians followed her example. She is too old to start a family but there is still time for some of them. She would then insist that the men left in parliament should repeal the laws which gave women the vote. Then she would bake some scones, while we go about dismantling the welfare state.

Instead, Theresa May doesn’t want women to be put off by mean things the blokes say.

What a stupid woman.

Winston Churchill may have sided our grandparents with international communism in the most wasteful brother war we ever fought, but at least he understood how important it was to dissuade women from entering politics by saying mean things to them:

Now Churchill has topped a poll of history’s funniest insults with a famous jibe directed at either the socialist MP Bessie Braddock or the Conservative Lady Astor, the first female MP (depending on which version of the story you hear).

Theresa May is ugly, too. 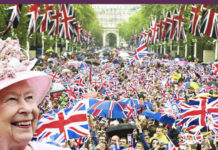