Here is a gif of Lara Bingle’s boob wobble.

That was a great move by Scott Morrison. Another great move was this:

Israel has welcomed Prime Minister Scott Morrison’s recognition of west Jerusalem as its capital as “a step in the right direction”, despite Canberra stopping short of moving its embassy to the city.

“Israel views the decision of the Australian government to open its trade and defence office in Jerusalem as a step in the right direction,” a foreign ministry statement said.

“Israel congratulates the government of Australia for its stance regarding sanctions on Iran and also regarding its pro-Israel position at the UN and against antisemitism.”

Mr Morrison announced earlier on Saturday that his government was following US President Donald Trump’s lead in recognising the contested city as Israel’s capital.

But unlike the United States, he said Canberra would not relocate its Tel Aviv embassy to Jerusalem until Israel and the Palestinians reach a peace settlement.

In the meantime, Mr Morrison said, Australia would establish a defence and trade office in the west of the city.

Israel occupied Arab east Jerusalem in the 1967 Six Day war and later annexed it, declaring the entire city its “eternal and indivisible capital.”

Palestinians claim the eastern part as the capital of a future Palestinian state.

“From the beginning, we’ve perceived the Australian government’s decision to recognise Jerusalem as Israel’s capital as one wherein petty domestic politics steer irresponsible policies that contradict world peace and security,” he said in a statement.

Typically, the left are angry:

A politically craven decision by a failing prime minister to appease Netanyahu’s far right Israeli govt & far right lobby in Oz. A reminder: this is the same Netanyahu who presided over forging Oz passports for use in Mossad’s 2009 assassination in Dubai. https://t.co/0vBGam2dKD

Labor have promised to repeal the decision:

Labor does not support unilateral recognition of Jerusalem as the capital of Israel and in Government would reverse this decision.
The status of Jerusalem can only be resolved as part of any peace negotiations and two-state solution. pic.twitter.com/XZg29R0LE0

And the right rightly point out that we should not have our foreign policy determined by other countries, nor the threat of terrorism:

Political decisions are made every day by sovereign nations but only Islamists are given a free pass by craven cowards to kill. https://t.co/rzTc9AZewC

This is all moot however, because Israel shouldn’t exist.

News articles on the Israel-Palestinian conflict often give a rundown of the modern history of Israel that starts just after World War Two. Some may go back further to discuss the history of Zionism during The 19th and 20th centuries but none go back far enough.  Some will refer to the fact that Jerusalem and Israel are key geographical sites for three religions.

The real point is simple and it does not take long to make.

Israel was an integral part of The Roman/Byzantine Empire from 63 BC to 637 AD. While Jews historically had lived in Israel, and at times enjoyed varying degrees of autonomy under European rule, Israel generally remained a European territory controlled by Europeans until the Arabs took it from us. When Europeans retook the Holy Land from the Seljuk Caliphate during the First Crusade, we did not establish a Jewish State. Instead we established the Kingdom of Jerusalem, which lasted from 1099 to 1291. It was a Christian kingdom controlled by Europeans, because Israel is holy to Christians and Europeans understood that we had to have it because it is ours. 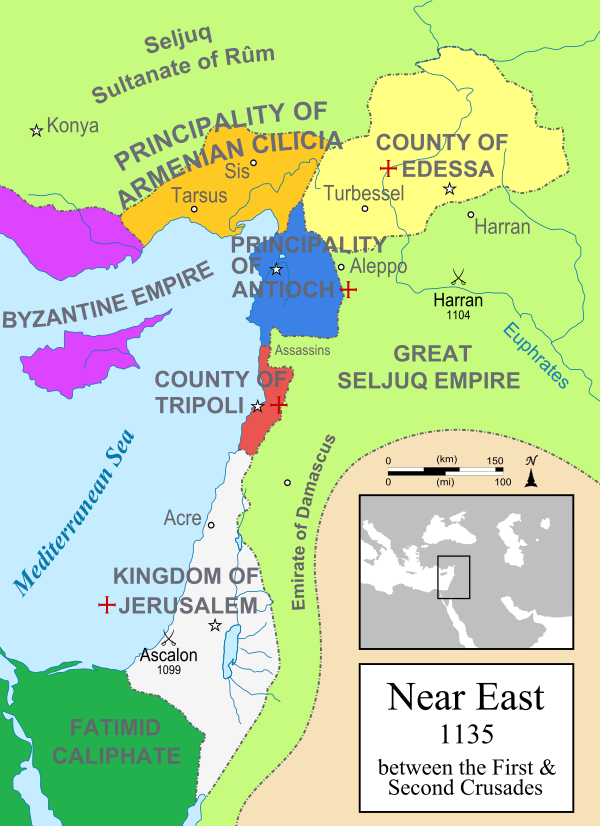 Soldiers of the British Empire retook Israel in 1917 from the Ottomans (incidentally, French and British forces actually retook Constantinople in 1918) and Australians, as we all know, played a key role:

Israel then remained under control of the British Empire until we gave it away in 1948.

We gave it away.

After all that bloodshed, we gave it away.

But after World War Two we divided Israel up between Jews and Arabs and gave it away. Now the Jews have nuclear weapons, and the Arabs have a perennial supply of new children who will throw their lives away chucking rocks.

We should not be hearing about how Jerusalem is an important holy city for Judaism, Islam and Christianity.  We should not have to worry about a two state solution to a squabble between the two races who currently reside on land we conquered.

There could have been a one state solution.

By all rights, Israel should be an integral part of the British Empire, it should be a Christian nation and it should be populated by people of British descent. We should be playing cricket against Israel.

Because Britain conquered it.

Instead, we may never get it back.