If you don’t want a far-left “gender theory” and “queer theory” curriculum devised under the auspices of a pedophile apologist taught at school to your children, and you organise publicly to voice your concerns, masked communist soyboys will attempt to physically intimidate you.

On Saturday, 29 September in Brisbane, a rally was held against the so-called “Safe Schools” programme which is being taught to school chldren under the pretext of being an anti-bullying program, but is really yet another vehicle to indoctrinate the young with communist ideology. Fraser Anning spoke to patriots and concerned parents:

Bizarrely, or perhaps not so bizarrely, they were opposed by young boys and a few people of no discernable sex openly brandishing red flags alongside the rainbow flag:

And covering their faces with bandanas:

We have information pending on who these LARPers might be. Interestingly, a sock puppet account on the counter-protest event advertised by so-called “Antifascist Action Brisbane” appears to have a photo of the rally: 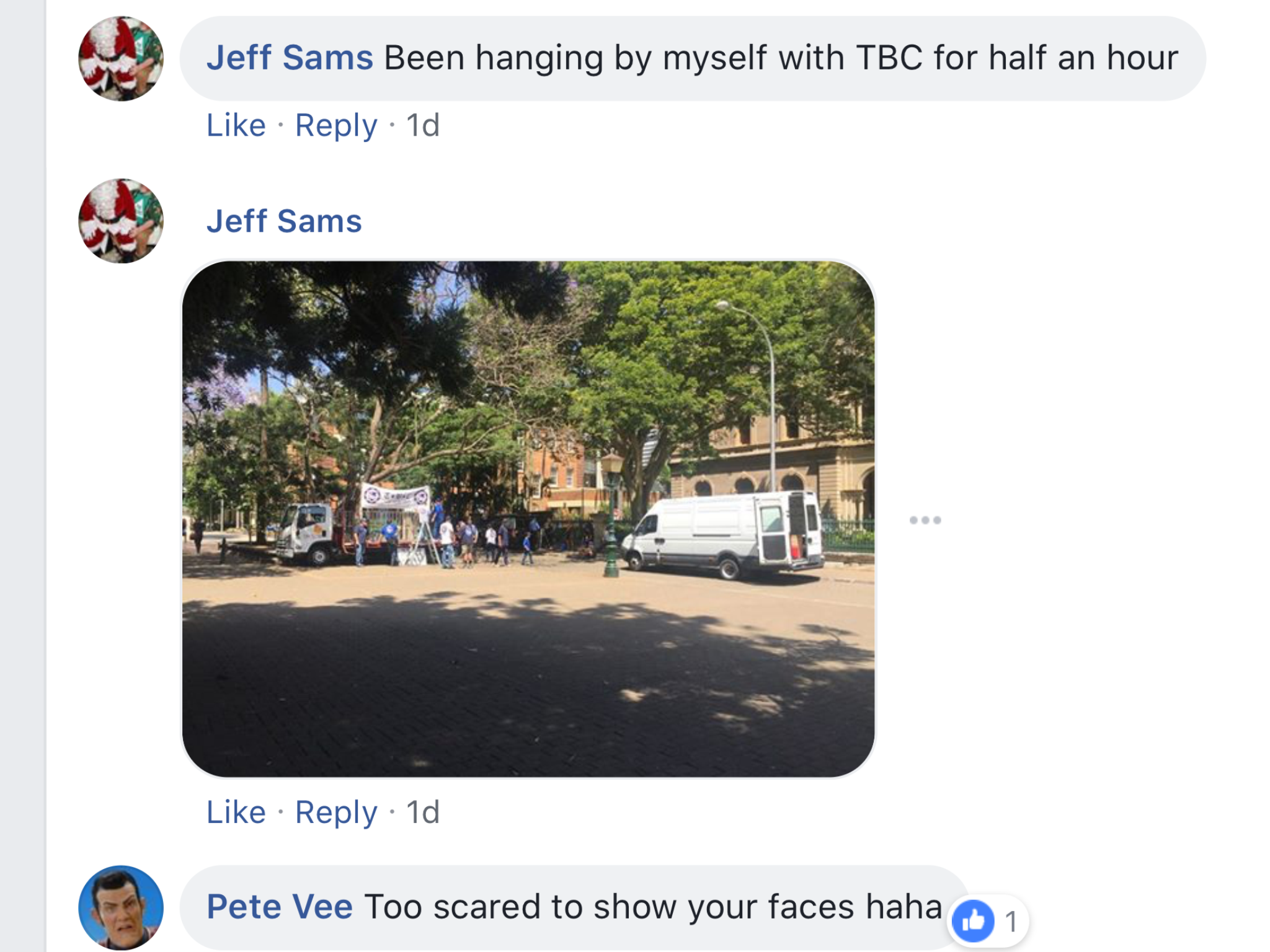 So, it is possible that those photographed may be associated with domestic terrorist organisation Antifa. We also note that Antifascist Action Brisbane encouraged their acolytes to protect their identity at the rally: 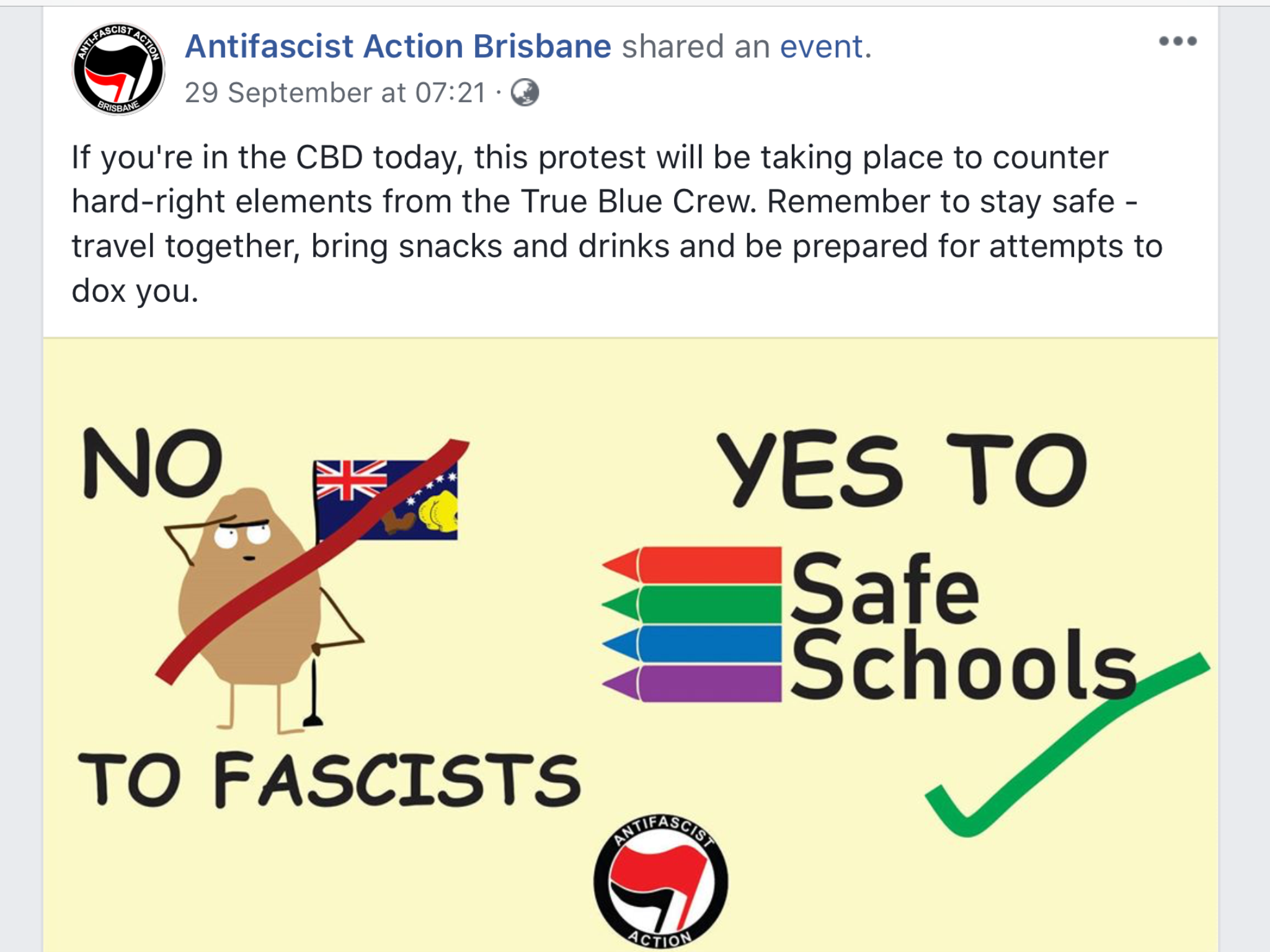 They’re going to have to try harder.. 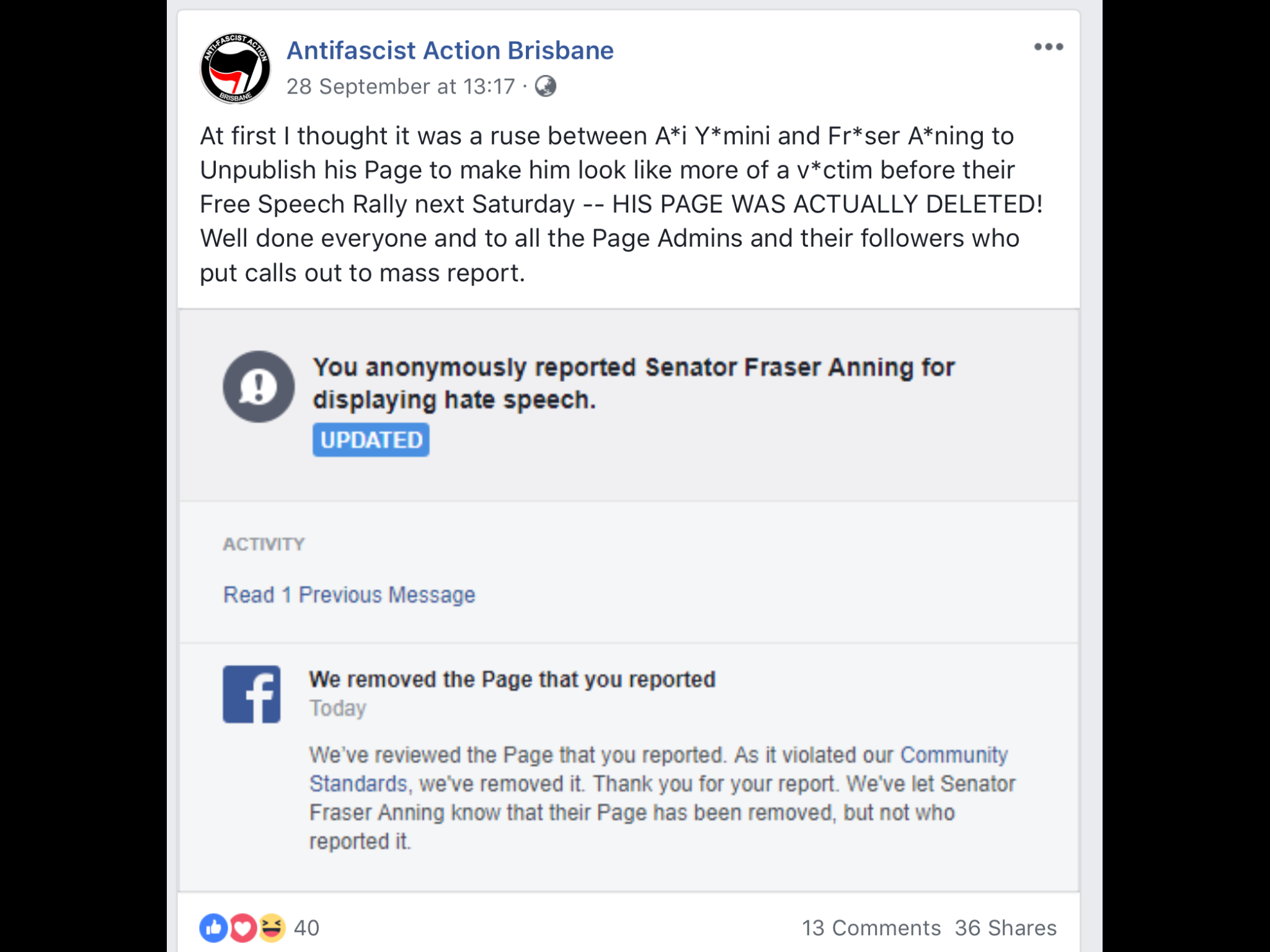 The XYZ strongly encourages its readers to return the favour. Antifa are a terrorist organisation who openly espouse an ideology responsible for the deaths of over a hundred million people in the 20th Century alone. If that isn’t a breach of Facebook’s community standards, we don’t know what is. It will only take a moment of your time to report them to Facebook. You go to their page here and report them.