Remember that time the elites of Australia decided they wanted to drastically alter the demography of Australia by importing hundreds of thousands of people every year from Asia, the Middle East and Africa, but they thought they should probably ask ordinary Australians first, given we would be the ones most affected?

By the grace of God, we currently have two ordinary Australians who managed to get elected into parliament. The result is that they are competing to out-do each other in their efforts to mend the damage done to this country over the last 50 years: 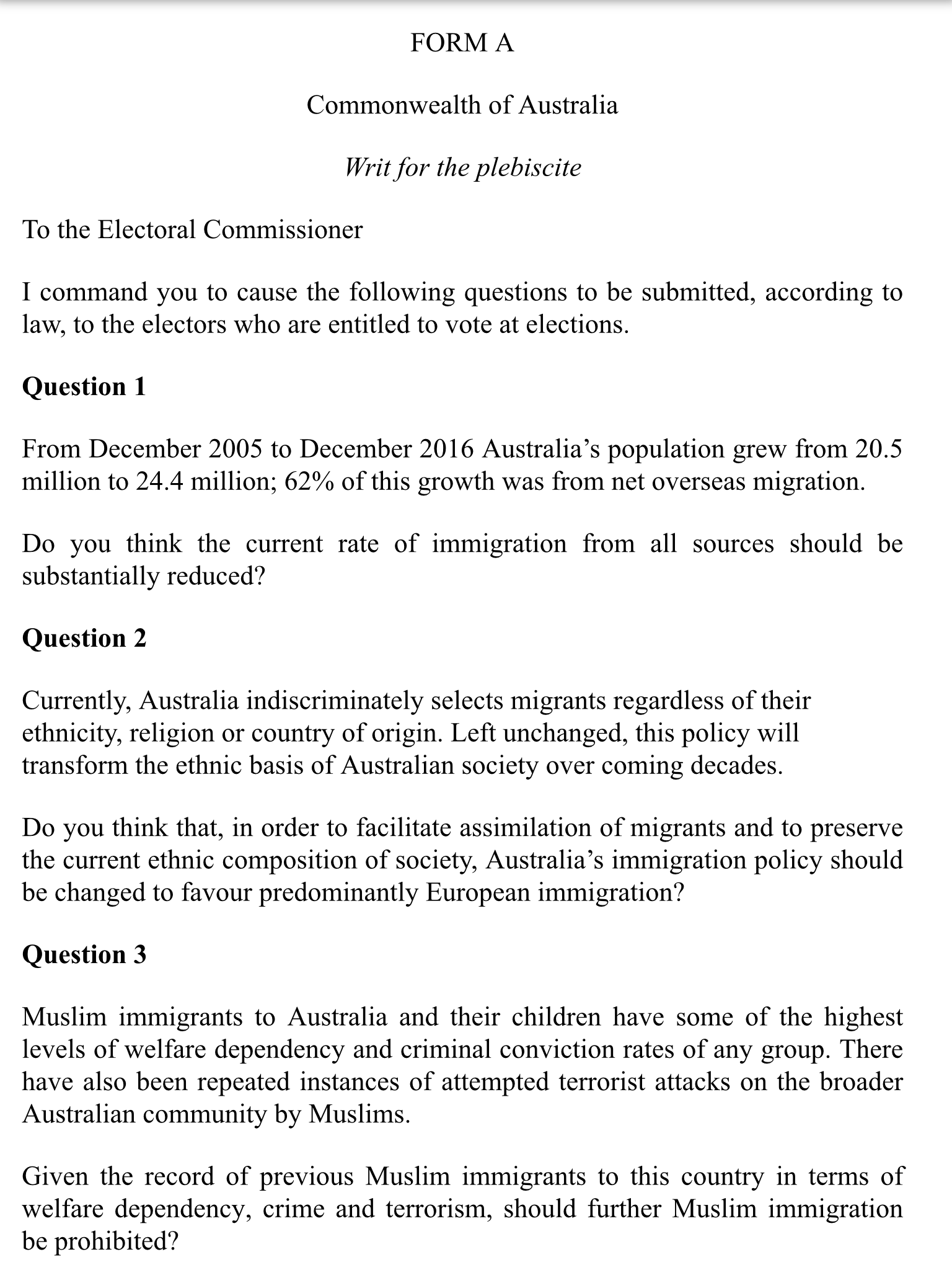 Fraser Anning will today be moving to introduce a Plebiscite (Restricting NonEuropean Migration) Bill 2018, to give Australians the opportunity to answer the following three questions:

The genius of the “It’s Ok to be White” meme was that it was designed to expose the gulf between the far left mono-narrative and reality:

It worked in America in November 2017 and it has worked this week in Australia when Pauline Hanson forced Australia’s political and media establishment to reveal its hatred of white people.

This proposed Bill by Fraser Anning will work in exactly the same way. Watch as most of Australia’s elected federal politicians collaborate to prevent the Australian people from having a democratic voice on immigration, and Australia’s 1% fall over themselves to label Fraser Anning as Literally Hitler.

They want you gone.