Quote of the Day goes to long time XYZ reader and regular commenter Absurdiness Brown. No introduction or analysis is necessary: 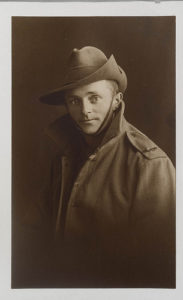 “My family have been here for 200 years and include lots of Anglos and lots of Celts. We’ve done the shitty jobs, the hard jobs, the white collar jobs, political jobs, the union jobs, the capitalist jobs and been in most occupations and at all sorts of wealth levels. One generation of one branch owned a significant parcel of land in Sydney, another a tiny store in rural Queensland. I consider this unsurprising given the number of ancestors that it takes to get to a person. My grandparents served in WWII and my grandfather’s brother died in France in 1917. Another generation served in Vietnam and I have relatives in the services today. Unfortunately, there are also dole bludgers.

“For all the movement and changes it was not until the 1970s, that the destiny of this country was evilly altered to undermine the foundation stones that built it – the European race. No good explanation was provided at the time and none has been provided since.

“We now have a PM who implicitly states that none of my family’s history matters, and that if my own children are unable to secure a house or a job and struggle unnecessarily because he wants to flood the country with what he pretends are only economic units, he will not give a shit.