The continuing disaster that plagues so-called “educated” women is the discernible and disturbing lack of any men willing to put up with their shit. A “new study” supposedly proves what those of us in the manosphere have known for quite some time.

“They outnumber men at university, but a generation of high-flying women are now grappling with an unwelcome outcome: it’s hard to find eligible men whom they consider to be good marriage material.

“The problem is not so much the men’s lack of commitment or poor relationship skills but the shortage of men with degrees and higher incomes, according to a new study.”

Even when women can’t get their act together to nail down a bloke, it’s still our fault for their hopelessness. The article was written by a man too. Probably trying to suck up to some chick in order to play hide the sausage. Fat chance, mate.

Vague dreams of equality go right out the window when it’s some tart’s potential to remodel the house multiple times over the next few decades that’s on the line. Of course, women have succeeded in driving any men with half a brain out of universities, so they’re on a hiding to nothing as regards to the degree part of the marriage prerequisite.

But it seems that the writer of this dross has at least stuck his nose into our neck of the woods.

“For women, marriage often involves “hypergamy”, the process of “marrying up”. But it seems many women have failed to adjust their expectations as their personal fortunes have risen.”

Hypergamy is in parentheses so as to underline its inherent false value. The very idea that women might seek to marry up is appalling, although this comes right after the article has explicitly stated that women want a guy with 66% more cash than they earn.

“Harry Benson, research director at the Marriage Foundation, a pressure group, says: “The marriage market may be further skewed against high-flying women because potential male partners are still predisposed to ‘marrying down’.” Susanna Abse, a psychoanalytic psychotherapist, says both sexes have played a part in creating the problem.

“You have got high-status, high-income men who can choose from a market of well-educated women and then you have got a lot of ordinary men whom women don’t want because they don’t meet their expectations,” she says.

The cognitive dissonance in this quote is incredible.

Ladies, if you’re listening, let your humble manosphere commentator enlighten you on your little dilemma. You see, the reason that you can’t find a high-flying guy is not because we’re predisposed to marrying down. You women have expectations of us men. As the article states, you want the moolah and the credentialism. Your mistake is assuming that we are attracted to the same things that are on your bucket list.

Au contraire, we are attracted to youth and beauty. Those are the two items that are at the top of our bucket list and we will get as much youth and beauty as our dosh and fancy-pants degrees will allow us.

Your problem is that you have squandered your own youth and beauty on the futile pursuit of those attributes that you desire in men, namely careers and power. It is somewhat baffling behavior on many levels. For example, in order to come up with a similar tactic in the male camp, ie men who chase youth and beauty attributes for themselves, then you’d have to turn to the homosexual community. They’re obsessed with being young and beautiful.

So now you have careers and earning potential and yet you’re looking for a mate who has the same. It doesn’t make much sense when you think about it. Not only are men searching for youth and beauty, but in general we are repulsed by women with careers and power. There are very few women who can successfully pull that off and still retain their femininity, their feline charm, their grace and their female mystery.

And before you all start jumping to conclusions, you’re not one of those very rare women.

Look at Ann Coulter. Top of her game, a conservative woman, wildly successful and yet …

Single. Stone cold motherless single, without any vague hope of ending the single pain. She was beautiful once … and young … 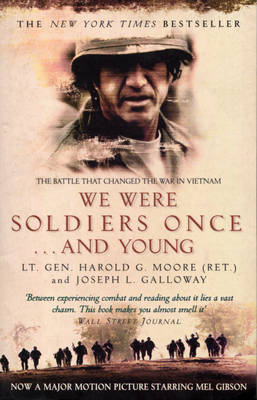 Australia has been going wild about Lauren Southern; well, she better get hitched and knocked up while she still has the two traits that we’re after or it’s going to be a guaranteed future of posting cat pics on Instagram.

“Might women be prepared to adjust their expectations? The academics say some high-flying women may be prepared to “marry down”, but caution that the weight of research suggests that, given the choice, most unmarried women choose instead to remain single.”

There’s no choosing going on, sweethearts. Your only choice in this whole tragic farce was the choice you made to put careers and power before any hope of personal happiness. You swallowed the “we are women so we can have it alls!” Kool-Aid.

Well, you can’t have it all. Suck it up, buttercups.

Oh, and you don’t have careers either; you have lousy jobs. Something that we’ve done for you since time immemorial. You’re welcome.

Education doesn’t make you smarter. You don’t get any more intelligence points. If you’re all so smart, how come you can’t even convince a man to put up with you?