Many XYZ readers will already be well versed on the symptoms of the World War on “Whiteness”. It’s a topic that deserves to be covered at every possible opportunity because even now, many normie conservatives still believe that the various forces of Leftism and disorder that assail their people are just misinformed and not malicious.

Just last week Jeff Bezos’ propaganda outlet got a little carried away and openly stated their preference for the White Americans in New Hampshire to hurry up and cease to exist. 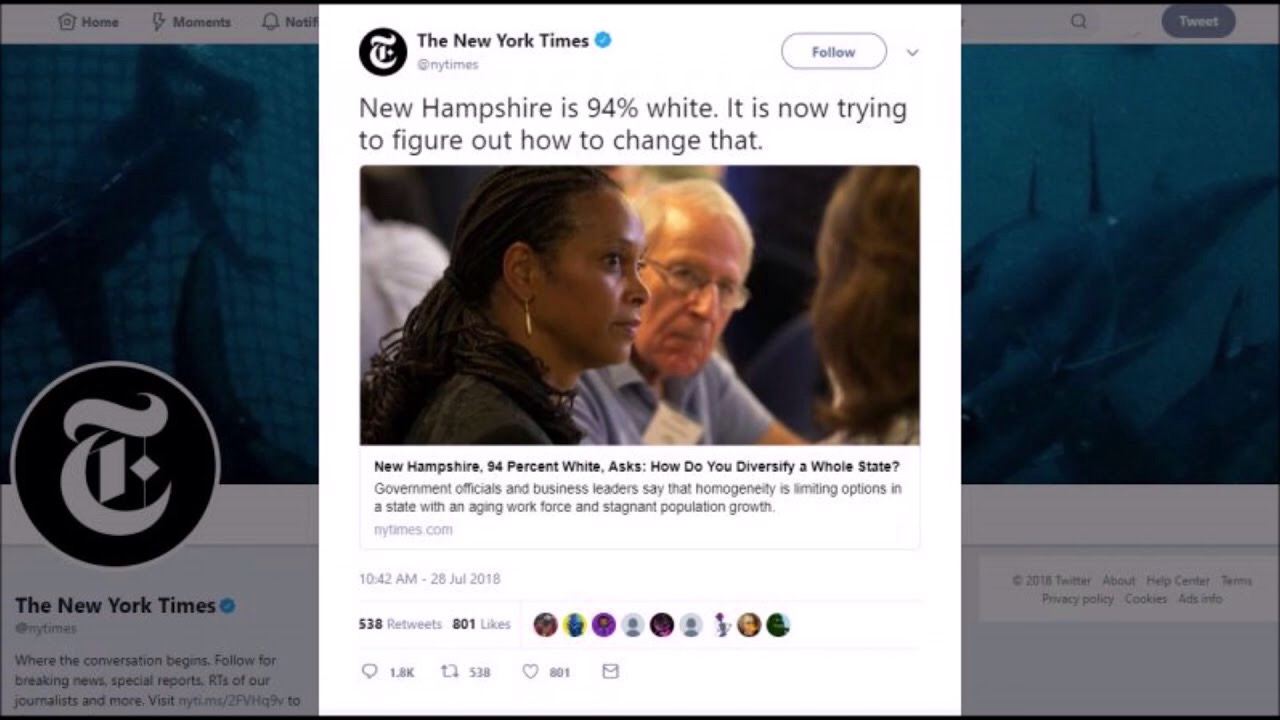 But who can blame them for prematurely pondering the end of White sovereignty? After all, the most powerful nation of European-descended peoples, the United states, will cease to be conceived primarily of its founding stock as “nonwhites [are] poised to make up a majority of the American population in the next three decades”.

Only eight Olympics to go before America has been fully diversified! At that point we Aussies can kiss our Anglosphere-inspired ANZUS alliance goodbye.

Although that presumes that Australia will still have an Anglo-Celtic majority in three decades….maybe that’s not as likely as your regular programming would have you think.

“Almost HALF of all newborns are now the children of immigrant mothers – with the number of babies with Australian-born parents at record lows.

The equally rage-inducing and depressing truth is that the ones who unleashed this demographic displacement upon the West did so because the existing people weren’t voting the way the power mad psychopathic globalist overlords needed them to.

This isn’t even a secret among the chattering class. See the following quote from ALP insider Graham Richardson, courtesy of Catallaxy Files:

“On SkyNews’ Paul Murray Live on this past Monday (30 July 2018), former Senator and Australian Labor Party life member Graham Richardson said the following in the context of immigration policy:

“For Labor it’s particularly difficult. It’s particularly difficult because ethnic numbers, particularly the numbers that are new, the newer ethnic arrivals do tend to vote Labor when they finally enroll. They tend to be Labor voters for the first decade. After that, they might change their mind, but 10 years is a long long way off. And I think you are going to find it very hard to persuade the Labor Party to do anything about this.”

That’s why the powers that be and their accomplices in the lying press and police do all in their power to suppress those who are attempting to rouse the public. See Lauren Southern’s recent foray into Lakemba.

Lauren is particularly dangerous to their suppression attempts because she clearly demonstrates the increments in the process. It goes something like this:

Normal nation with a sense of identity i.e. Poland -> subverted into giving up sense of ethnic identity but retaining civic identity i.e the US -> subverted into giving up this shared identity and embracing multiculturalism or cultural relativism i.e. France or Australia -> subverted into worshiping or emphasizing the superiority of the other or foreign cultures or cultural masochism i.e. Sweden -> overt attempts to take political power due to demographic shift i.e. South Africa -> overt attempts by the state to murder and dispossess Europeans i.e. Rhodesia -> failed state status i.e. Zimbabwe

Her documentary on South Africa farm murders should be compulsory viewing:

So stay “woke” XYZ readers! Redpill your acquaintances and prepare yourself for a world where the West looks at best like the warring Post-Yugoslavia ethnic states and at worst like lost Rhodesia.