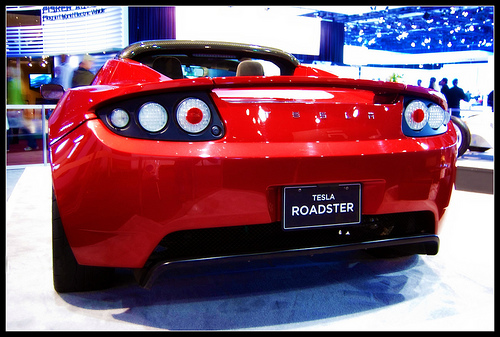 We at XYZ are a dedicated bunch, seeking only to making Australia a better place by passing on our wisdom, knowledge and shameless hypocritical sarcasm. As part of that obligation, we offer up educational articles that attempt to remedy the vast gaps in actually practical knowledge that victims of the current Australian educational system have unfortunately developed.

Our current topic will be how to successfully troll online, a skill which, given the rise and importance of new media, is of increasing importance for modern Australians.

Superficially, trolling is very simple. The apprentice troll finds a subject or comment thread he or she disagrees with, calls the original poster a fascist, a racist, or, if they are seriously in disagreement, a fascist racist sexist who still lives with their parents. Job done.

There is a concept known as the Conservative Advantage. In simple terms it suggests that ‘Right’ types are more likely to understand how a ‘Left’ would think rather than the other way around. In practical terms it means that simply insulting those who disagree with you is not going to help you win them over to your way of thinking.

The important thing is to never be outright rude. Passive aggressive and mocking, yes, but not rude. You must cast yourself as the one being funny, not the one being abusive. Getting someone to laugh with you, even if they disagree with your basic premise, is half the battle.

Fortunately most XYZ readers can use the Conservative Advantage here to their, well, conservative advantage. By already having a good understanding of both sides of the argument, a conservative troll can be less focused on the emotional attachment of being morally right and more on tripping up their opponent’s argument for fun and up-votes.

This brings us to the point of always making sure your argument is watertight, especially if you are about to start throwing ‘facts’ around. Let us here move onto a working example, with the bemusing case of Elon Musk’s latest attempt to distract the public from his Telsa problems.

Your author came across this discussion while skimming through Breitbart.com in an article concerning the Thai youth soccer team currently trapped in a cave system by flood waters. In what his detractors might assume is just another attempt by Musk to find a new Jay Weatherill, Musk has announced via Twit that he is sending SpaceX and Boring Co engineers (Boring Co – aka the part of MuskCorp that sold the novelty flame throwers) to see if that ‘can be helpful to govt’.

I suspect that the Thai govt has this under control, but I’m happy to help if there is a way to do so

Musk’s idea seemed to be inserting a 1m diameter nylon tube that would then be inflated ‘like a bouncy castle’, an idea that considering the trapped team are listed as being 2.5 miles inside the cave system with at least 1.5 miles underwater is, well… an idea.

Given that former Thai navy SEAL, Saman Kunan, tragically died while supporting rescue operations, one might also say it is the idea of someone with very little grasp of the actual situation, and Musk should maybe stick to being CEO of a failing car company.

This very topic is then actively discussed in the comments section of the Breitbart article, with discussion being somewhat passionate between the readers who consider Musk to be the biggest conman since Telsa and those who consider him the great visionary who will lead the world to greatness. The anti-Musk school opened discussion by suggesting that Musk probably should spend less time wasting money flying engineers around the world on publicity stunts and more time working out a way of stopping his beloved Telsa cars from bursting into flames and crashing. Fans of Elon countered with a few claims of basement dwelling losers (***cough, Deplorables, cough***) before one commenter offered up the claim that 70 times more people die in gasoline and diesel cars catching fire compared to Telsas, and it is here that we come back to the importance of letting one’s emotions get in the way of facts while trolling.

Let us think about these numbers. By claiming a 70 to 1 ratio of conventionally powered cars to Telsas catching fire, the claim is being made that 1.4% of all vehicle fires are Telsas. A pretty low and impressive number, right?

However a quick online search would suggest to us that Telsa only control a 0.45% share of the US car and light truck market, meaning that if we take all numbers at face value, 0.45% of the cars produce 1.4% of vehicle fires. Or to word it another way, Telsas are about 3 times more likely to be involved in vehicle fires than non Telsa vehicles.

And remember, this figure was given to the world by a Musk supporter.

So there we go, apprentice trolls. Mock without being abusive. Use humour to win the crowd. Understand the motivation of both sides in advance. Never quote ‘facts’ unless you are very sure they actually fully support your argument, and most importantly, remember to walk away before your emotions get the better of you. The last laugh and the last words are not necessarily the same thing, and no one really loves a flame war.