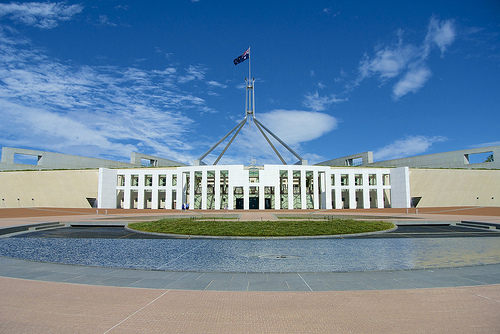 The Super Saturday results, in which five bi-elections were held as a result of the citizenship fiasco in the Australian parliament, has provided a public boost for the ALP. The Federal Coalition had been hoping to pick up a seat, but gained none and instead saw swings against them.

The ABC has leapt into action, declaring it a vindication of Bill Shorten’s leadership:

“The Super Saturday by-elections have washed away lingering doubts about the longevity of Bill Shorten’s leadership, just as they have cast away any remnant temptation for the Prime Minister to go early to a general election…

“Serially underestimated by foe and friend, the Labor leader will enter the last few months of this parliamentary term firmly believing he has the pitch right, on health, hospitals, education and tax.”

That bit at the end, about tax, is very important. We’ll return to that shortly.

At the Australia they are still shilling for Malcolm Turnbull:

“Malcolm Turnbull has maintained his commanding lead over Bill Shorten as the nation’s preferred prime minister, despite Labor holding all of its seats in the weekend’s by-election.

An exclusive Newspoll conducted for The Australianshows Mr Shorten now presiding over the longest period of disapproval for an opposition leader since the mid to late-1980s when John Howard was leader of the Liberal Party.

Labor’s thumping win in the Queensland seat of Longman on Saturday is not reflected in the ­national poll, which did not find any shift in voter support back towards Labor. The 10 per cent primary vote swing against the Liberal National Party in the Longman by-election lies in stark contrast to the national scene, with the Coalition increasing its primary vote to 39 per cent to open the gap to three points over Labor…

It is also the second poll to record a 19-point gap between Mr Turnbull and Mr Shorten on the question of leadership.”

The article also states however that the Coalition is still behind 51-49 on the two-party-preferred split. That is Turnbull’s 37th loss in a row, well past the benchmark he himself set of 30 losing Newspolls as a reason to oust Abbott.

The most important figure however is still the percentage of voters who remain undecided – 23%. This indicates that the time is right for a political figure to strike a bold new path for Australia, as voter dissatisfaction with the major parties is at an all time high. The big issue is immigration. If the Liberal Party is prepared to go harder on the issue rather than sending mixed messages, it could possibly regain its conservative base.

Instead, the Coalition are stuck with a leader who conservatives do not like and do not trust, leading a party that is lilting heavily to the left while trying to signal occasionally to the right.

The left are making the case that one of the reasons the Coalition failed is because its proposed tax cuts, essential if we are to remain competitive with a booming US Trump economy, are “giving” money to big business and the big four banks:

“And it’s on delivering corporate tax cuts — where Turnbull has unfinished business in the Senate — that the Coalition may now have cause to reconsider.

“The past 10 weeks of campaigning has only affirmed among ALP strategists the effectiveness of Labor’s constant riff about the Turnbull Government’s tax cuts to the “top end of town”.

A Coalition figure says his side needs to cauterise this — and quick.

“We have become the defenders of the big banks. We protected them from the royal commission, want to give them tax cuts,” he said.”

Labor stalwarts, old and current, are sticking to this line:

“The Coalition can’t win the election with a policy that gives $17 billion to the Big Four banks. That idea infuriates Australians and they will never vote for it.”

This does not make sense. Tax cuts for business does not mean that the government is giving the public’s money (this is surely what is implied, and is a very clever lie) to the top end of town. It means that the government will steal less from the engine that powers the economy. The Trump tax cuts are the reason why the American economy is booming. It will see industry return to the US, and along with the brutal renegotiation of trade treaties, will bring about a rebalancing of the global economic order.

Australia must follow suit if it is to compete, but Labor don’t care about any of this. It fits in too perfectly to their Marxist narrative of class warfare. Electoral gold, economic toxic waste.

The Liberal Party must indeed “cauterise this – and quick.” But if it does so by effectively taking on Labor Party economic policy (again), it will be devastating for the Australian economy.