As discussed in our livestream on Monday night, the terrorist left are running scared of alternative media in Australia. In a hilarious blog post, the terrorist group Melbourne Antifascists has put out a warning to its criminal associates warning them that sites such as The XYZ and The Unshackled are doxxing them:

“They aren’t media, they aren’t reporters, they are racist, fascist propagandists and shouldn’t be allowed anywhere near antifascists for our collective safety. See these guys around (or someone else in Unshackled gear) make sure they don’t photograph / film antifascists.”

Don’t let them film us. Because we have something to hide…

And they keep going:

“This is another reminder, ‘photographers’, ‘journalists’ and ‘curious observers’ aren’t your mates unless you have antifascists vouching for them.”

The XYZ now has a huge archive of information on the cult of hardcore Marxists determined to destroy Australia. You can read about them here, here, here, here, and here.

Here comes the best bit. In the same blog post which publishes photos of Aussie patriots and encourages terrorist to bash them, a link is provided to a story about one Antifa terrorist who had her identity revealed. It is prefaced with the words “If you wanna know why some people choose to mask up, read this account of awful harassment”.

I haven’t bothered to read it. But this is awesome. Antifa are scared of The XYZ.

Oh, and then they keep crying:

“…so even if you choose not to mask up, that’s cool, but recognise that a lot of people have skepticism about anyone passing as a ‘journalist’ or ‘photographer’ and help out your fellow comrades by telling them they aren’t welcome to take photos and to respect the requests of others. They may be a ‘well-meaning’ photographer / journalist (who could still do a lot of damage) or they may be a fascist trying to profile activists.”

With this in mind, Matty’s Modern Life and I discussed the difference between what happens when you dox and socialist and when you dox a conservative. Here are two good options, both of which qualify for our Quote of the Day. Let us know which one you prefer in the comments: 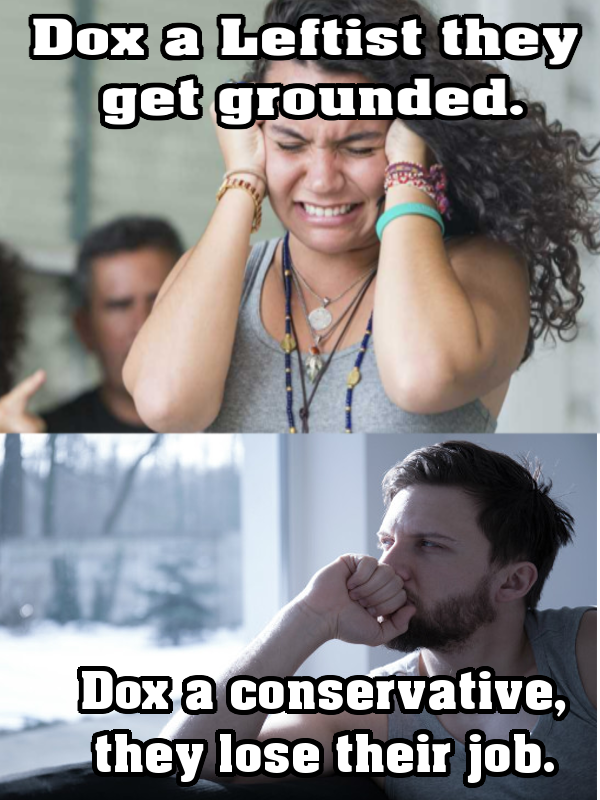 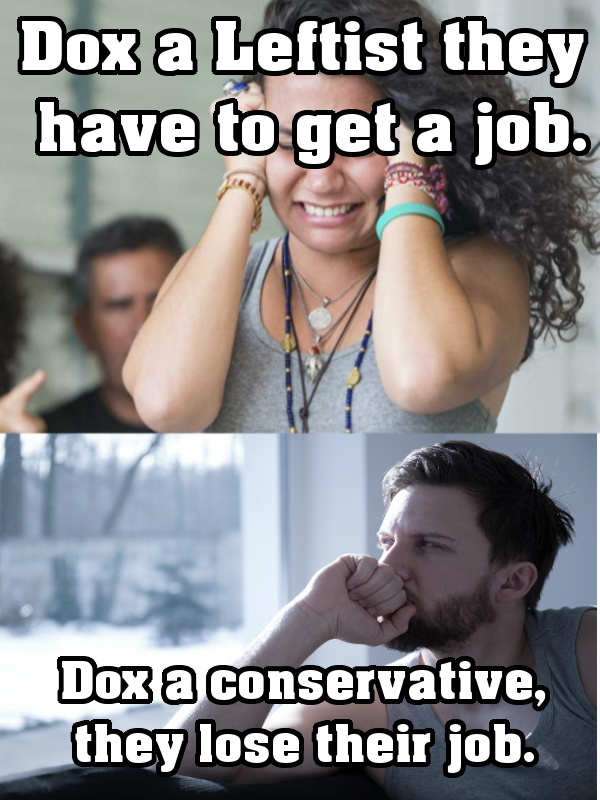