David Hiscox and Matty’s Modern Life continue their unique brand of political commentary and philosophical debate in this week’s livestream. A case in point was the opening topic. This week saw the 200th anniversary of the birth of Karl Marx, which led to a discussion of the usual problems of Marxist thought – millions of deaths – which in turn developed into a discussion of the character of Karl Marx, cycles of history from democracy to tyranny, and Universally Preferable Behaviour. 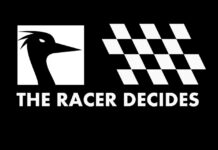