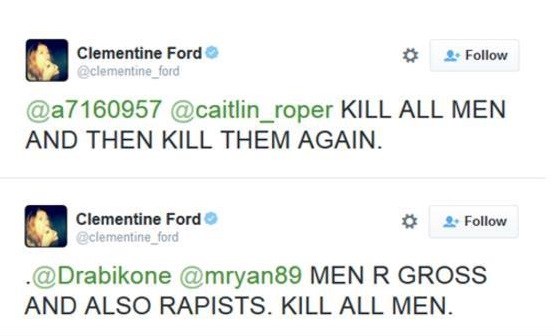 … is no longer going to speak at a Lifeline event on May 29th.

The event organisers found there was a certain amount of resistance to their choice of a man-hating third-wave feminist as a keynote speaker at an event co-hosted by Lifeline. There was a petition to remove her which gained over 13,000 signatures, and the event has since been cancelled.

Fun fact! According to Lifeline, there are three times more male suicides than female. But hey, Clementine Ford was totally trolling on those #killallmen comments. Why aren’t you laughing?

Okay, okay, I get it. You’re disappointed that you won’t get to see her speak. You won’t get to enjoy the darkly satirical write-up of the event from your hard-working journalists here at the XYZ. Well, never mind. Here’s a song instead, perhaps it will console you.