After the usual banter about football, the discussion generally covered the following topics:

Viewers will note the different perspectives of the panellists: Rod Lampard believes in God and takes the Bible to mean what it says; Matty believes in God but has a broader definition of God and Christianity; David doesn’t believe in God but argues that if you are going to be a Christian, you should follow the precepts of traditional Christianity. 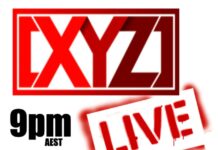