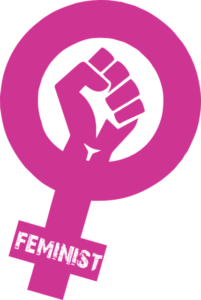 And after they have wasted those years, when the realisation dawns on them that no, they won’t be finding a husband who will love them at the age of 39, then at that moment they turn around and perpetuate the same horror on the young women who are their competitors in the sexual marketplace. And so the wheel turns.

The Other McCain has the same thoughts on the subject.

“As painful as it is to witness young men permanently ruined by “social justice” indoctrination, it’s just tragic to see an otherwise attractive young woman’s life go to waste because she has been taught nothing but bad ideas about life. Such an example crossed my radar screen yesterday when I glanced at the sidebar on Twitter and noticed that the hashtag #WhyImSingle was “trending.” Clicking over, I noticed among the various responses one that was actually funny and clever, written by a lovely 24-year-old woman who lives in North Carolina. Do I want to expose her to ridicule and harassment? No, I do not, but I was emotionally affected — both sad and angry — at the recognition that this lovely woman was wasting her life.”

I love and care for women which is why I hate feminism. Feminists are evil. Most are evil because they themselves were warped by earlier feminists, but that does not excuse their own evil behavior. They are dead inside, their entire reason for existing as a woman unfulfilled or twisted and destroyed. Their only resource remaining is to make other women dead as well. Misery loves company.

Robert McCain is incorrect when he states at the beginning of that quote that young men are permanently ruined by social justice indoctrination. The reason is because the best years for men are when they mature, and there is almost always some hope remaining for a painful maturity and awakening. Men can recover from this sort of indoctrination and go on to make men of themselves. It’s hard but it is possible. Many of us writing on the manosphere do so to provide a pathway for young men to rebuild themselves. Many of us have rebuilt ourselves so we know what we’re talking about.

There is no pathway on the internet for young women to rebuild themselves. Nobody is writing about how women at the age of 39 can recover from the awful waste of throwing away their best years. At least nobody writing from a position of truth. There are plenty of bitter harpies still writing nonsense that women can have it all at the age of 57. The truth is otherwise. As a woman you’re done and dusted. Your best bet would be to enter a convent so you can spend the rest of your life serving God whilst being safely locked away so that you cannot fall into the trap of infecting vulnerable young women with your inherent bitterness.

Feminism is indeed a cancer, and the only way to deal with cancers is to excise them from the body, or in this case from society. Because it is killing women, and I hate to see young women go to waste. It is a crime against nature, a crime against beauty, and ultimately a crime against ourselves.