Two important events occurred recently that didn’t receive anywhere near as much coverage as they deserved. 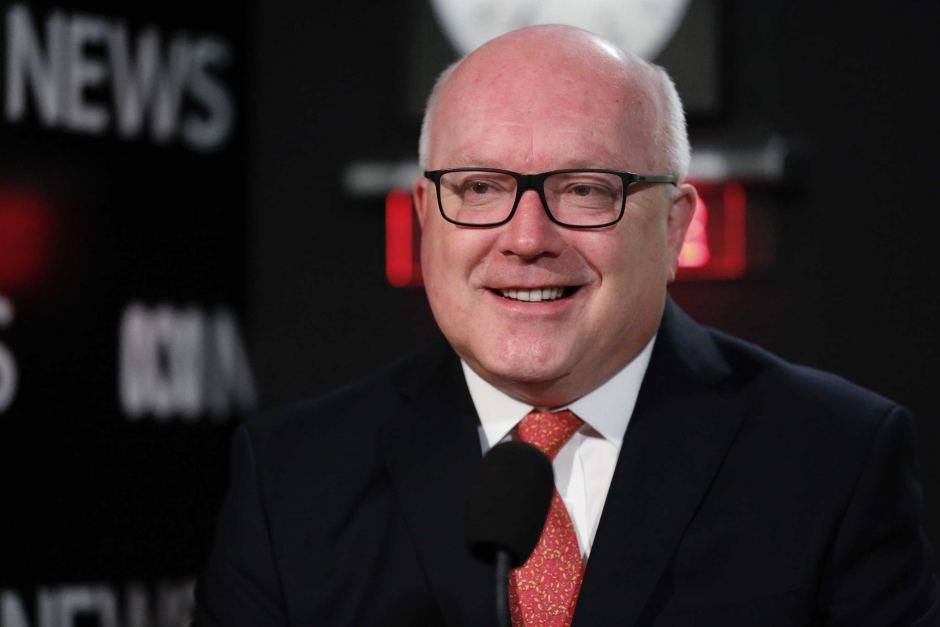 The first was the kicking upstairs of George Brandis. The now former Attorney general resigned and was rewarded for doing so with one of the cosiest of sinecures within the power of a Prime Minister to bestow; High Commissioner to the United Kingdom.

In this role he replaces another incompetent who was shuffled overseas to keep him out of trouble in the form of Alexander Downer. In Downer’s case this move to keep him out of mischief appears not to have been successful as was just recently exposed in the U.S Congressional investigation into the attempts by factions within the FBI to prevent Donald Trump from becoming President. 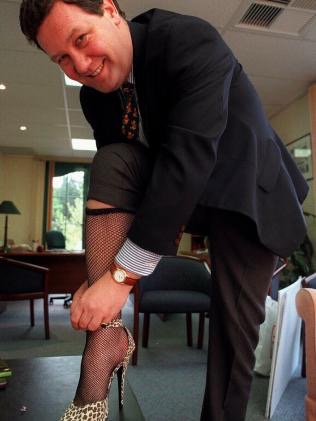 It seems there is no corner on earth you can send Alexander Downer without him somehow finding a way to make a hash of it. 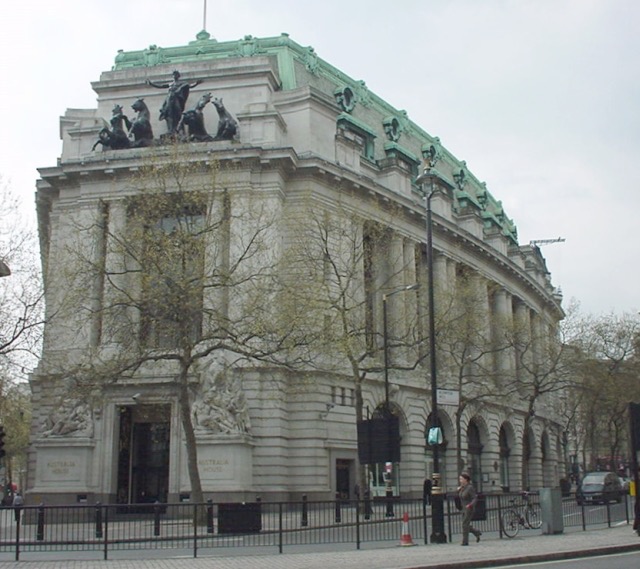 For those unaware, the High Commission is a truly fantastic posting. Australia House in London (which more or less comes with the job) is a Grade 2 listed building of stunning early 20th century beauty. The responsibilities of High Commissioner include many prestigious ceremonial roles and a great deal of hob-nobbing with the more lofty sections of the British social and political establishment.

In short it’s a very good wicket to be batting on; many canapes to be eaten and private society drinky-poos to be had indeeed. 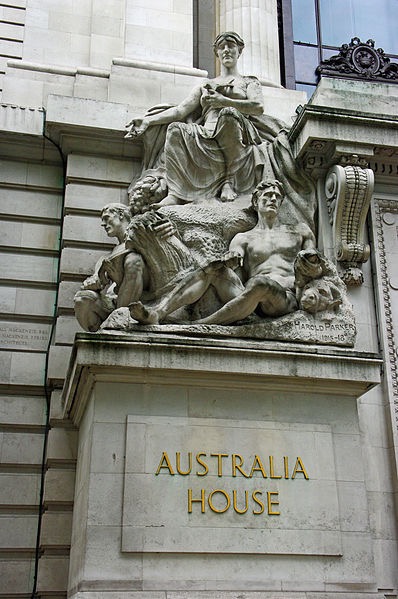 In his valedictory speech Brandis attacked members of his own party who have criticised the judiciary. This was of course a barely disguised attack on Peter Dutton in particular but also on others who have been critical in recent months of the way that the Victorian judiciary has dealt with the issue of violent crime by certain newly arrived migrant groups.

He also attacked “Right wing politics”, warned against “Populism” and defended as his greatest achievement the absurdity that is “Gay marriage”.

In other words, a coterie of his fellow lawyers was there to watch his declaration of loyalty to the legal fraternity as well as his almost ritualistic crapping all over his party, his colleagues and the base which repeatedly voted him into office and paid not only for his insanely expensive bookcase but for his new job in London as well.

And the crowd went wild.

The Financial Review described him as “a leading moderate and intellectual”. The increasingly ancient Michelle Grattan (who famously wrote “who do we hate now?” after John Howard’s electoral defeat in 2007) gushed all over Brandis at the taxpayer funded The Conversation. The ABC and even SBS joined in the fulsome praise for a man clearly enjoying showing his true leftist colours before boarding his First Class flight to Heathrow.

Mr Brandis rubbed his head against the leg of the Australian political establishment and got scratched behind the ears as a reward.

Ever wonder why LNP governments never seem to be able to roll back the advance of the Left? In not-so-gorgeous George you have your answer.

While forty percent of Australians voted against Gay Marriage only a half dozen politicians voted accordingly. While republicanism has always been and remains a minority opinion in Australia, every state premier of both parties as well as the supposedly conservative Prime Minister and the opposition leader are staunch supporters of deposing the Queen and changing the constitution. Right of centre views are the most underrepresented group in the entirety of Australian discourse.

To understand why, you need to look at the other under-covered event: the failure of the Warringah motion to be ratified at the NSW Liberal Party branch meeting last Saturday.

Tony Abbott and the Conservatives in the NSW Liberal Party have long been campaigning for changes to pre-selections that would enfranchise party members at the expense of left-wing factional chiefs such as Michael Photios. Over the course of the last decade, right-wing candidates for the Liberal Party have been slowly edged out by the factional chiefs in favour of alternatives that make George Brandis look like a fire-breathing reactionary.

The Liberal party, traditionally the home of an alliance between Classical Liberal elites and the socially Conservative base has at last declared that the mouth breathers whose “outdated” opinions make it so difficult for party bosses to declare their political affiliation at fashionable dinner parties must shut up or leave.

The Warringah motion, when put to the actual rank and file membership of the party in July last year at a party convention was passed 748 votes to 476, crushing the leftist party bosses in a landslide. But when it was called on to be ratified at the NSW branch’s annual general meeting (an event where the faction chiefs have far more sway) it was narrowly defeated with 55% against. 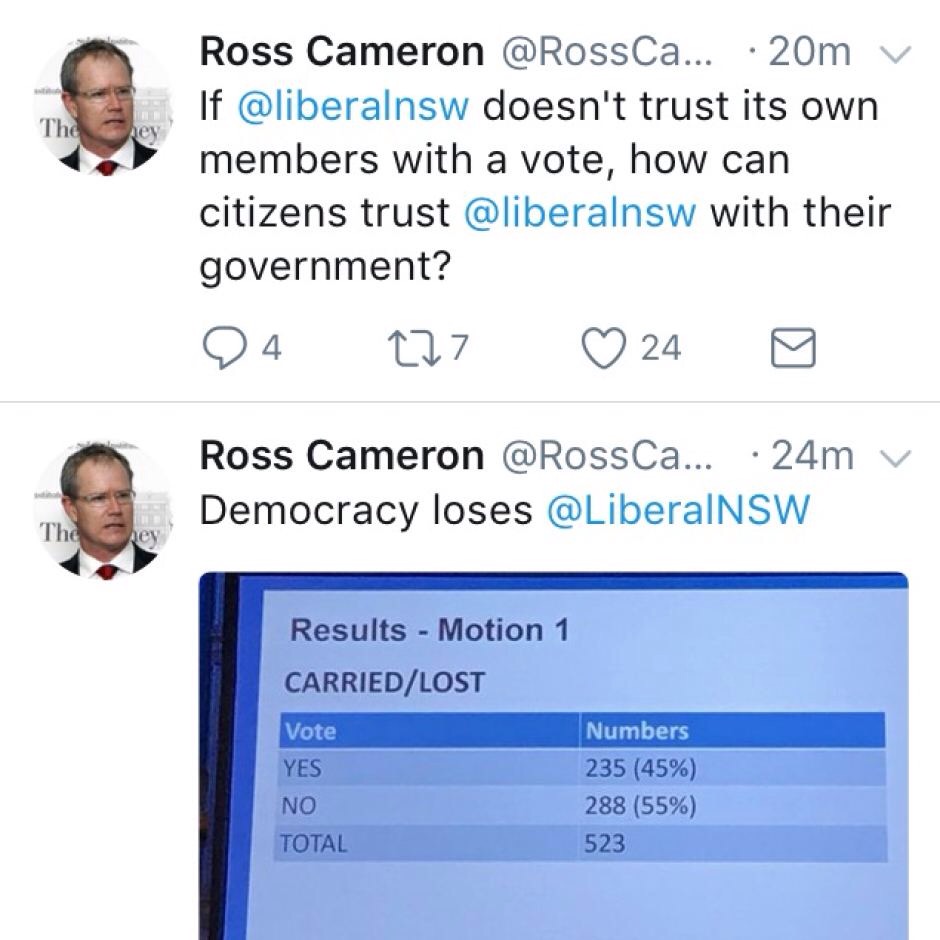 This really was the last chance for the Liberal Party in the most populous state of Australia to correct its course, back towards the opinions and sensibilities not only of their members but their voters as well. The weekend’s events show that there will be many more George Brandis and Christopher Pyne types and fewer Peter Dutton, Jim Molan or Andrew Hastie types in the Liberal party as time goes on.

In regards to Dutton, the resolute Minister of Home Affairs so hated by both the left, and the left of his own party, faces an almighty assault by Getup! in his marginal QLD electorate. The foreign funded leftist group is pouring activists and resources into the electorate of Dickson which Dutton holds by just 1.6% in the hopes of removing one of the last actual right-wingers from Federal parliament. 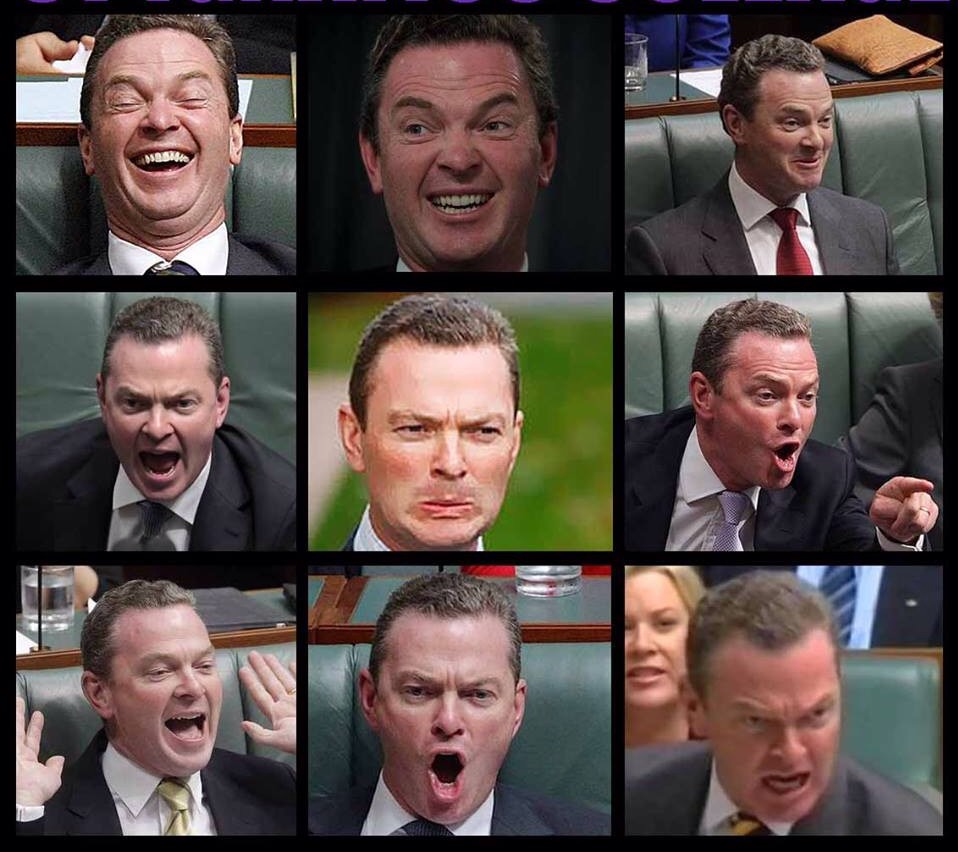 It is of course worth pointing out that Liberal Party Leftists like Christopher Pyne and “Libertarians” like Tim Wilson have been exposed secretly working with GetUp! against their more conservative party colleagues.

At this point the loyalty towards this barrel of snakes in blue ties shown by the likes of Tony Abbott is befuddling. Either Abbott and others like him are complete idiots or they’re so addicted to the mere chance of power that it has dulled their senses to what is going on around them.

The Liberal Party is no longer the Party of Menzies; it’s not even any longer the Party of John Howard. The Liberals are now the Party of Christopher Pyne and other mincing poodles of the same breed. Any patriotic Australian who considers themselves politically right of centre and who continues to give their first preference vote to such a disgusting vat of filth and degeneracy doesn’t deserve to have a vote at all.