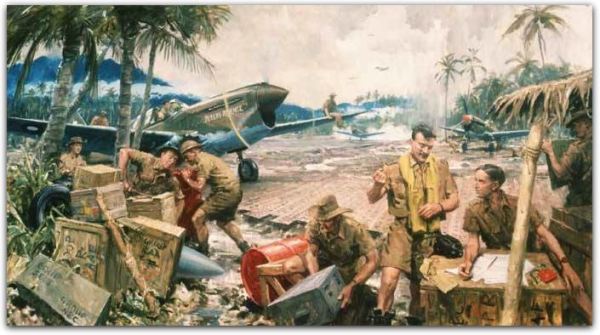 Most of Australian history is a neglected subject. That history didn’t end in Botany Bay, 1788, and it’s high points, although they are among them, isn’t just Gallipoli 1915, or in the numerous corrections to sporadic injustices carried out by a Social Darwinist induced indifference towards Indigenous Australians. The significance of the Bombing of Darwin on the 19th February 1942, by over 260 Imperial Japanese aircraft is unjustifiably neglected by politics, politicians, political parties, their pawns in the news media, and in their pawns in the Australian academic industrial complex.

The high level of attacks from Imperial Japanese forces on an Australian state capital such as Darwin, with over 60 air raids in the North during W.W.2, shouldn’t be so easily forgotten. If anything even comes close to an “Invasion Day” in Australian history, the Imperial Japanese over Darwin on 19th February 1942, and the subsequent battles that followed this event, is the “Invasion Day” you’re looking for. This is bolstered by the submarine attack on Sydney Harbour in May 1942, and the shelling of Newcastle by a Japanese submarine in June the same year.[i]

“The Japanese air raids on Darwin on 19 February involved, collectively, over 260 enemy aircraft. Subsequent raids in April, June, July and November 1942, and March 1943 where carried out with forces of 30 to 40 fighters and bombers. Between the large raids there were smaller operations by groups of under a dozen Japanese aircraft. Most of the raids occurred in daylight but there were some small scale night attacks.

“The 64th, and last, air raid on Darwin occurred on 12 November 1943. In total there were 97 air attacks on northern Australia and enemy air reconnaissance over the region continued through much of 1944.” (AWM, source: https://www.awm.gov.au/collection/E59)

The Battle for Australia (which included the territory of New Guinea), New Zealand and the South Pacific Islands began on the 19th February 1942.

“The man who had led the attack on Pearl Harbour, Mitsuo Fuchida, was in command of this first attack on Darwin. It had been launched from four carriers, Akagi, Soryu, Hiryu and Kaga, about 500km to the northwest […]

“It is often forgotten that the air-raids of 19 February were only the first of more than 60 raids over the next eighteen months, although none was as severe as those of 19 February. The last raid took place on 12 November 1943. The Japanese also bombed several other northern Australian towns.

“On 3 March the undefended Western Australian town of Broome suffered a devastating attack. Flying boats, loaded with refugee women and children from the Dutch East Indies, were destroyed and many lives lost. Later in the month the tiny town of Wyndham was bombed.” (Source: http://www.battleforaustralia.asn.au/BABombDarwin.php)

If American and Australian, Naval and Air forces, had not been successful in the Battle of the Coral Sea (4th May 1942 – 8th May 1942), Australia would have been left open to the Imperial Japanese blitzkrieg overrunning Asia and the Pacific. The Battle of the Coral Sea in May 1942, was followed by the Australian and American army pushing back the Imperial Japanese, in the battles at Buna, Milne Bay and in the Kokoda Campaign in New Guinea.

Those who think an Imperial Japanese invasion of Australia was never likely, ignore the significance of Australia. Australia’s strategic importance was, according to Dwight Eisenhower, “vital to [the] successful prosecution of the war”.

“If we were to use Australia as a base it was mandatory that we procure a line of communications leading to it. This meant that we must instantly move to save Hawaii, Fiji, New Zealand, and New Caledonia, and we had to make certain of the safety of Australia itself […]

“Our base must be Australia, and we must start at once to expand it and to secure our communications to it. In this last we dare not fail. We must take great risks and spend any amount of money required.” (Dwight Eisenhower, 1948 Crusade in Europe) [iii]

Those who think Australia was never invaded by Imperial Japan, are ignorant of history. At the time of Imperial Japanese landings in 8th March 1942, New Guinea was officially an Australian territory. Australia having taken over control of the area from Germany in 1914, up until 1949. 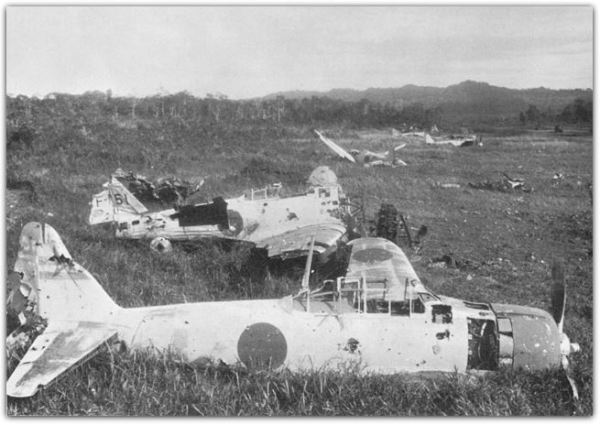 700+ Convicts, in chains, arriving in Botany Bay, then moving on to settle in Sydney Cove, Port Jackson, on the 26th January 1788, isn’t “Invasion Day”. The guns on that day were intended to keep the Convicts in line, not take land and murder people indiscriminately for it.

The real invasion day in Australian history began with the Imperial Japanese bombing of Darwin on the 19th February 1942. The guns on this day, were used to push back and protect Indigenous and European Australians from being occupied and ruled, by Imperial Japanese totalitarians and their Nazi allies.

[i] According to the tour guides who work at Fort Scratchley, the Japanese had inside knowledge of the limitation of the guns on Fort Scratchley, and the Imperial Japanese Navy were aware of what and where to try and hit.