Memes are the propaganda of modern times. But more than that, memes are propaganda that the ordinary citizen is able to employ without even leaving their home. Memes were used by patriots in the run up to the American revolution, but they had to print the posters and then travel around the country putting them up while running the very real risk of being strung up.

The most effective meme of the last few years has been ‘cuck’ which is short for ‘cuckservative’, a cuckservative being a supposedly conservative individual who supports progressive values such as immigration or feminism.

The term cuck has become so effective at enraging the left that they are now attempting to make it an epithet of pride. From CNN comes the article, Cuckholding can be positive for some couples, study says.

“In our current political climate, the term “cuck” — short for “cuckservative” — has become an insult of the so-called alt-right, aimed at men they view as spineless and emasculated. The slur has its roots in the concept of cuckolding, or having an adulterous partner.

“But, according to a recent study by David Ley, Justin Lehmiller and the writer Dan Savage, acting on cuckolding fantasies can be a largely positive experience for many couples, and hardly a sign of weakness.”

(It’s also important to add that there is another strategy at play here apart from the attempt to make being a cuck a badge of honor. This is another carefully planned step in the degradation of men and masculinity. A cuck has historically been a man of pity and contempt, a weak man in other words. There has been a 30 year push to turn men into weaklings; this is simply the next step in that agenda.

Hand in hand with this goes the continued policy of letting women do whatever they want. A woman sleeping with other men is proof of her power and goodness, and only a weak man would try to stop her doing this. A man wanting to sleep with other women while making his wife watch would today be guilty of the most heinous crimes imaginable.)

“Remember that sometimes just sharing a sexy thought can be arousing enough — you don’t have to follow through. If you are thinking about acting on a cuckolding fantasy, it’s worth stepping back first and making sure your relationship is in a good place and that you have strong sexual communication skills.”

To normal people, to sane people, the very idea of a couple attempting organised cuckoldry would indicate that their relationship is the very opposite of a good place.

“For men and couples considering the issue of cuckolding, it’s important there be honesty, integrity, communication, mutuality and shared values,” advised Ley.

Maybe not so much shared values as shared demonic possession. Cuckoldry is deceit. There is nothing honest about it. Cuckoldry implicitly implies the act of going behind the back of someone that you care about. What they’re talking about is a polyamorous relationship, which is the practice of, or desire for, intimate relationships involving more than two people, with the knowledge and consent of everyone involved.

The entire article is a carefully planned deceit right from the very first word in the headline. And it has been run that way because the meme has been so damaging to the left.

I’m talking about the power of memes because in the last few days a memewar has been declared by our side. I am a great fan of memes but haven’t done any myself due to not knowing the technical aspects, which is to say I was too lazy to be bothered finding out.

But it turns out that it’s rather easy. Here’s a couple of examples of how you too can be a meme warrior of the internets.

Kek draw is a site that helps you make memes. You simply upload a photo from your computer, write some text in the boxes, and then save it back to your computer. Here is my very first attempt at a meme: 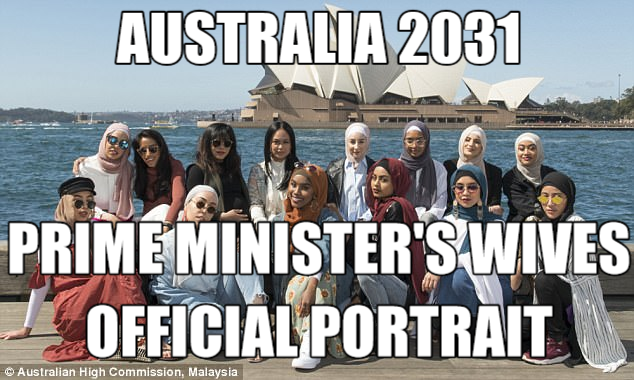 I then got an idea for a meme on the Jordan Peterson/Cathy Newman interview. I wanted a 3 stage photo to make the meme but I couldn’t find a blank one. Step forward IMGflip. If you scroll to the bottom there is a link to a page called ‘Blank Meme Templates’. I clicked the link and put in a search for ‘Jordan Peterson’. Up came exactly the template I was looking for: 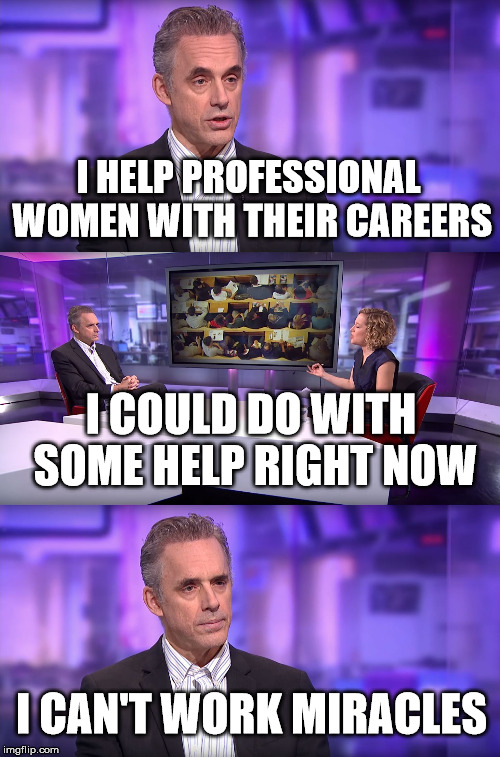 Are these any good? I don’t know; that’s for the internet to tell me. But you only become good at something by doing it, and you only know if you’re doing well or sucking by putting it out there. Don’t become a bedroom virtuoso guitarist.

So from now on I am going to do my very best to add a meme to every article that I write. Let’s see how they go.