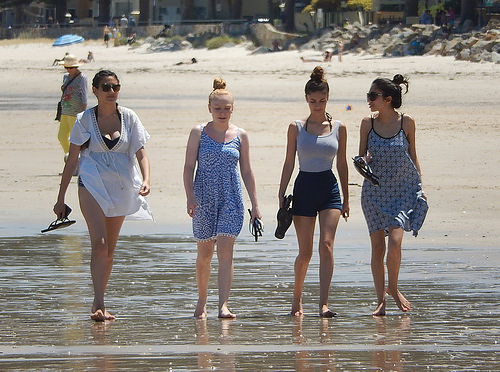 In an article at XYZ magazine, Matty from Matty’s Modern Life argues the case against ethno-nationalism, which is a fancy term used to describe what nations used to be before the great betrayal of civic nationalism.

“After all, if Japan, Israel, China, Korea and other nations are allowed to have a state based on ethnic origins, why not Australia? It’s a fair question without an easy answer. While I’m not opposed to Australia becoming an Anglo-ethnic state I’m also a pragmatist. The horse has bolted and it ain’t ever coming back.”

First of all, those nations mentioned have not gained permission from some outside entity for their respective nation states based on an ethnic origin. They have simply seen fit to preserve their cultures by not ceding to the triple monstrosities of civic nationalism, mass immigration, and multiculturalism. It’s an important distinction. To say that China “has been allowed” to have its nation state is ludicrous. But herein lies the seeds to the capitulation of the West. We now suffer under a mindset of powerlessness.

By writing that the horse has bolted, Matty is implying that this situation cannot be reversed. This is untrue. Any situation can be reversed; it just depends on how badly you want something. A recent example:

“Nor is that to say that the demographic decline of Whites in Australia should be welcomed. Whites tend to have relatively high IQ’s and, aside from notable exceptions that we will discuss in this column, tend to value true individualist liberalism. The more White people in a society the safer, richer and healthier that society tends to be; this is a fact.”

Matty can acknowledge this biological reality but still believes in the magic dirt theory of civic nationalism – anyone can become a Westerner; it’s just a value system.

The consequences of this lie are now being experienced by lower class whites in Melbourne, with home invasions, muggings, and public brawls and beatings by African youths now so out of control that even some of the deeply deluded are being forced to admit the awful reality of what happens when you bring in Sudanese immigrants en masse.

The fact is that one cannot become a Westerner. To say otherwise is to demean the entire Western value system. If it is so easy to adopt then by default it must also be so easy to discard. In its supposed universal accessibility it becomes worthless.

Multiculturalism is a failure because civic nationalism is a lie. Western values, and specifically Anglo-Saxon cultural values, are hardwired into our DNA. They cannot be pap-smeared onto new immigrants. I once attended a business breakfast in Melbourne where the keynote speaker was Chairperson of the Victorian multicultural commission, Helen Kapalos. In her speech she spoke at length about how wonderful it was to grow up in a Greek household in Australia and how much at home she felt when she visited Greece for the first time. This woman was born in Australia, but she sounds more like a Greek than an Australian. Remember, there is no such thing as a Greek-Australian, for the exact same reason that there are no Australian-Greeks.

“For Helen Kapalos, one of her greatest gifts has been growing up in Australia immersed in the richness of Greek culture. Born to Greek parents, Helen grew up in an incredible close, tight-knit Greek community that fostered a love of not only her own roots but also instilled in her an innate curiosity and desire to learn about other cultures.”

What about the richness of Australian culture? Does that count for anything for Kapalos or was Australia merely the surrogate parent for a cultural bastard child? You cannot change demographics in this way by transplanting people across the globe. The graft does not take, even after multiple generations.

But back to Matty’s piece. The reason that I decided to respond to it in this way was the astounding turn in the article when he identifies the greatest threat to a free society in the West as being white women, and Australian women in particular:

“Obvious childishness aside, my point is simple: White women are the biggest enemy to a free society. Yes, this is a generalisation and there are plenty of great White women out there, the majority most likely, but let’s look at the facts.

“White women are the loudest and worst feminists, have the most disgusting public policies, and run the most dangerous and violent political parties in the country. When White women get into power they distort the truth and flat out lie in order to push their political agendas. It’s no coincidence that Hillary Clinton is a White woman.

“White women are at the forefront of the assault on Western civilisation. They are actively doing all they can to tear down the system that gave them a voice in the first place.”

All this is true but Matty is putting the cart before the horse. Our women are out of control, of that there is no doubt. But is that any reason for then wallowing in the fictional wonders of civic nationalism?

“So no, I’m not a white ethno-nationalist and I don’t think I could ever be one even if I tried. What matters isn’t race, what matters is culture (this includes religion, language, ideas, art, etc…) and right now our culture is dominated by State-worshiping Marxist White women who complain at every offence taken. The true enemy are overly sensitive, pandered, whiney and privileged White female snowflakes.

Race is culture. The two are inexorably intertwined. It is really important to understand this biological fact. Sudanese immigrants will never become Anglo-Saxon westerners, much the same as the Greek immigrants to Australia never became Australian. If I were to turn up in China and declare that I were Chinese I would be laughed out of the country, (or more likely thrown out.) But anyone can rock up to Australia and suddenly they are an Eritrean-Australian, or an Italian-Australian, or a Bangladeshi-Australian. So many variants of being Australian. Why, it’s almost like being Australian means nothing anymore.

But Matty is correct about one thing; Anglo-Saxon women around the world are completely out of control. Society and culture do not operate in a vacuum, nor are they binary. Everything is intertwined and connected. Break one strand and the entire edifice can unravel. And the first step in the unraveling was giving women the vote.

“I’d imagine most developed welfare states have a similar pattern. You let women vote without conditions, you get increased spending on welfare. Not that giving women the vote was the wrong thing to do, just that it should have come with caveats such as “if you take money from the State you lose the right to vote.”

No Matty – giving women the vote was indeed the wrong thing to do, and particularly with regards to Anglo-Saxon women. We don’t have our house in order. We have lost control of our women and this has flowed on to just about every area of our societies. The ludicrous and hypocritical #MeToo campaign is one of the final consequences of letting women into the workplace.

“In my experience, young, unmarried progressive women are progressive because they want taxpayer-funded abortions, taxpayer-funded contraception, no-fault divorce, single mother welfare, student-loan forgiveness, etc. Taxpayer-funded bailouts for problems caused by their own free choices. They feel that if society is paying for something, then it’s “normal” and they don’t have feel guilty about making poor choices. Their primary concern about politics is being able to do what they feel like without anyone disapproving. Everything bad that happens is “unexpected”, and so society should have to pay for it.”

The primary difference between men and women is that men are rational in their behavior while women rationalise their behavior. There are no limits to what women will rationalise and we are seeing the results of this all around us.

We have lost control of our women, allowed them to pervert and degrade our cultures and societies, and now apparently this is the main reason why we should let in hordes of immigrants that will never assimilate. Cultures and people are not static. If our culture is so weak that we cannot control our own womenfolk then eventually one of the foreign cultures that we have imported will supplant us. There will be no live and let live. They will see weakness and move to fill a void before some other culture gets there first. Or perhaps two different imported foreign cultures will move at the same time. That sure sounds like it will be a load of laughs and giggles.