Recently i have been reading and listening to a US Navy SEAL officer from the second Gulf war; Jocko Willink.

Post navy career, Willink, works with corporations and businesses to improve their productivity by focusing on the attitude and mindset of company management. He employs strategies on how he and his officers lead SEAL units and other military personnel they would work with.

The short version of his leadership style is “extreme ownership” where the individual, no matter where in the chain, takes full ownership for the successes and failures of whatever they are engaged in.

The more I look at the world and the problems that we face, I’m more and more convinced that it is because we have become complacent in leading our young. In doing so, we ourselves have also become poor examples of humanity.

It is rare to find an accountable individual these days, even rarer to find them under the age of 35! Once it becomes everyone else’s fault, no one then fixes the problems and suddenly it becomes a protest down Spring Street, and the raving lunatics of the inner suburbs cause even more problems for today.

Blaming has become such a big culture for Western society, that it’s going to be very hard to correct it. We are at fault for the rabid left.

Because we stopped leading people, we stopped educating, we became soft. That void then was filled by weaker people. Ones with no backbone, they started to lead by example and it has grown exponentially. They are in the education system, they are in politics, they are in businesses.

Whatever it is that you do, take ownership, communicate, start to lead like the strong men and women of history.

I recommend that you grab Jocko’s book, Extreme Ownership, or take a listen to his podcast. 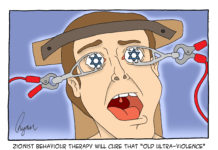