The AFL has prevented former Australian Olympic handballer Callum Mouncey from playing AFL with women in the national league. From the Australian:

“A prominent advocate for transgender athletes has backed an AFL decision to exclude Hannah Mouncey from its elite women’s competition due to her abnormal size and strength.

Not abnormal. Callum Mouncey is a strong male athlete. Most male athletes are strong, so strong that it puts them in a completely different class to even the strongest female athletes.

“Kirsti Miller, a transgender sport trail blazer who represented Australia in modern pentathlon as a man before waging a four-year battle to be accepted as a female country footballer, said a tough stance was necessary to protect the integrity of women’s sport.

“The AFL has made what I believe is the best judgment call in delaying Hannah’s attempt at joining the AFLW,’’ Ms Miller said.

This sentence in bold does not make sense. You either maintain the integrity of women’s sport (mindful of the fact that it is boring and unnecessary) or you have the maximum amount of transgender people playing sport – ie, women’s sport will be dominated by men.

“The AFL’s principal reason for excluding Ms Mouncey from today’s AFLW draft is the residual strength and physical size she has from her previous life as a male athlete.

“Before transitioning to female two years ago, Ms Mouncey represented Australia in men’s handball. Although her testosterone levels…”

It was at this point I stopped reading. Didn’t even finish the sentence. (It said something about Olympic guidelines or something.)

Because I don’t need to. It has been stated on XYZ that if Callum is allowed to play football with women, it would lay bare the utter insanity of accomodating the mental illness of people who cannot accept their biological sex.

The AFL realise this, and understand that it would red-pilled far too many people.

But this is almost as good. It is a “Have you stopped beating your wife?” moment. In taking action to prevent Callum from playing in the AFLW, the AFL have still been forced to acknowledge the biological distinction between the sexes. This acknowledgement is hidden in plain sight among the fluff. Fear still exists at calling this acknowledgement for what it is. Thousands of words will be written examining the “complex” issue. But intelligence is not marked by being able to collate and compare all the variables associated with a particular topic. Intelligence is marked by being able to discern a hierarchy of importance in these issues and pick out the central principle.

That principle, as stated, is that one cannot change one’s biological sex. Science cannot alter chromosomes. Callum Mouncey is a man. And he shouldn’t play AFL with women. 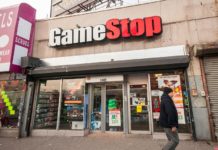