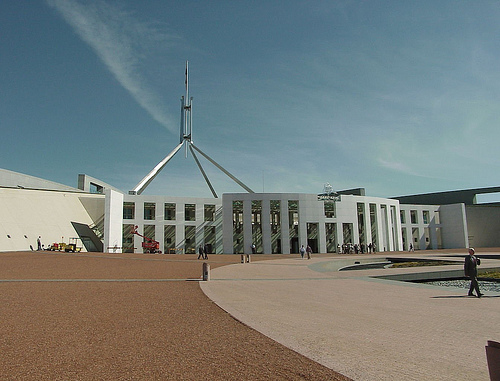 The following Quote is from Nikki Savva, in a book extract for The Australian, with the headline Road to Ruin: Libs face the sinking feeling, and the tagline “Removing Malcolm Turnbull guarantees defeat for the Coalition.”

“Possibly the eight dumbest words Malcolm Turnbull ever uttered were on September 14, 2015, the day he announced he was challenging Tony Abbott for the Liberal Party leadership. In among the many valid reasons he gave for moving against Abbott, including his failure to provide economic leadership, Turnbull said: “We have lost 30 Newspolls in a row.”

“Turnbull now wishes he had never used those words. If he had his time over again, he would certainly never repeat them. But there is no going back. That glorious spring day, which ended in victory and euphoria, was always bound to turn sour. Yet in what was otherwise the most brilliantly executed plan for an execution, in what was otherwise a compelling argument for change, Turnbull, with a few ill-chosen words, planted a ticking time bomb, guaranteeing his prime ministership would be held hostage to the fortnightly Newspoll.”

“The poor election result weakened Turnbull’s authority and emboldened Abbott, who was being aided and abetted by the foxes and the vixens — the collection of presenters and panellists, including his former chief of staff, Peta Credlin — who came out, usually after dark on Sky News, to fawn over and protect him while they scratched and bit at Turnbull.”

Nikki Savva is wife to Vincent Woolcock, a staffer for Malcolm Turnbull.

She is a traitor, married to a traitor who works for a traitor.

And she is stark raving bonkers.