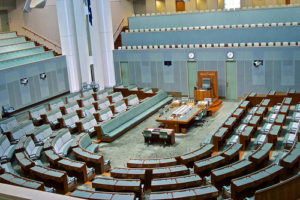 The last couple of weeks have seen some very sensible moves on the libertarian and conservative side of Australian politics, with Cory Bernardi’s Australian Conservatives joining forces with Family First, and Mark Latham joining the Liberal Democrats. The concern for many Australian patriots and conservatives has been that too many micro-parties on the right would effectively cancel each other out, so it is my hope that we will see more alliances consolidated.

If the likes of Tony Abbott, Cory Bernardi, Mark Latham, David Leyonhjelm and Pauline Hanson can find a way to work together, they could form a formidable bloc which could attract more electoral support and rapidly challenge what is becoming a Liberal-Labor UniParty. Our electoral system may work against it, but we may move toward an effective three-party system in Australia, with conservatives and patriots on the right, a Liberal and Labor coalition in the centre, and the Greens on the far-left.

Senator Leyonhjelm has today shared his thoughts on his new ally, Latham. His discussion of political journeys, and moving away from the political correctness and socialism of both major parties, resonates with a number of us at The XYZ.

He lands some telling blows:

“His journey away from Labor continued after he left politics, but he didn’t need to create a new political party.

“The Liberal Democrats already existed, and his addition to our ranks is warmly welcomed.”

“Labor politicians have been lining up to tell me Mark Latham is volatile. But firing up when surrounded by politicians who want to spend other people’s money is something I can completely understand.”

Yep. Fire up the helicopters.. Finally:

“And with the Liberal and Labor parties currently doing impersonations of each other, a bit more diversity in politics seems like a good thing.”