Yesterday on my podcast episode I discussed a recent conversation I had with someone about tricky topics. The usual stuff these days – climate change, government mandated diets, that sort of thing. 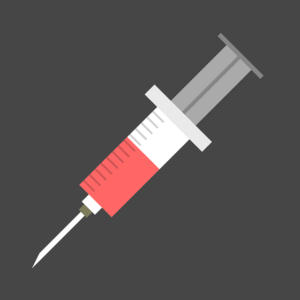 Regular commenter Amanda was kind enough to listen and even kinder to leave a comment, the final sentence of which I will include here:

“Also, wait until you have kids and then you will have to swallow the red pill about vaccines. I can’t wait for that post.”

Well she didn’t have to wait very long. Unsurprisingly I would think to many of my readers, I did not have to wait to have children to form an opinion on vaccinations. I came to my conclusions many years ago, and well before the current vogue of questioning the overriding authority of the science of vaccinations. This was due to the fact that on occasion, surprise surprise, I myself have had to face the choice of getting a vaccination or not. Why do you have to wait to have children to form this opinion exactly? Frankly, I care about my own body just as much as that of any imaginary future child.

I left out one little detail on my podcast on the recounting of my conversation. The two of us did in fact speak about vaccinations. The woman to whom I was speaking has two children, and both of us were in complete agreement at our dubiousness as to the benefits of vaccines. Shock horror!

My caution around vaccines is related to my caution at taking pharmaceuticals. Many years ago, when I was due to leave for an extended stay in Uganda, I had to get a series of shots for things such as yellow fever. These shots were a requirement to enter the country so I was in no place to argue. The doctor asked me which drug I intended to take to counter the threat of getting malaria. I asked him the options, he informed me that Larium was the drug of choice, and I said that I would do some research and make an informed decision.

He looked at me as if I were mad.

After only a little research I discovered that taking Larium for any extended period greater than just a couple of months carried some rather unpleasant side effects. I also found out that it didn’t offer complete protection from malaria, and if you did contract the virus while taking the drug then the outcome was much worse for you.

I then did some research on malaria in Uganda and it turned out that there was one pesky mosquito that carried the virus, (female, of course), and this mozzie was active only in the late night and early morning. As a result of my cost-benefit analysis I decided to forgo the nasty drugs and be extremely careful both to always sleep under a net and to not get drunk and fall asleep in the rose bushes.

Funnily enough, I was the only riverguide not to contract malaria in the entire time that I was there.

I take the same approach to vaccinations but this is where things get interesting. While almost nobody disputes that some pharmaceuticals maybe aren’t such a great idea as with regards to their potential risks, the same can not be said for public attitudes on vaccinations. I suppose this stems from the fact that some vaccinations are of such extraordinary benefit, (the polio vaccine is the first that comes to mind), that this benefit is assumed of all vaccines, warranted or not.

Vaccines, like pharmaceuticals, are a product, and when someone is trying to sell me something then all trust goes out the window as far as I’m concerned. An article by Brett Stevens on the misinformation deliberately spread about diet, fats, sodium, and sugar, attracted an interesting comment from a man who used to work in the pharmaceutical industry:

“… Each drug that comes out has a war chest put aside for the inevitable law suits. Their research has shown them that they can accept X number of fatalities from their drug. If the income from sales exceeds the cost of litigation, they’ll keep selling it …”

Why anyone would think that the vaccine industry would work any differently is beyond me, that is if they are entirely separate industries at all.

Every year the government announces a new “deadly flu virus” and every year, coincidentally, there is a brand new flu shot ready to go for everyone who wants to “protect themselves”, (and be thankful that it isn’t yet compulsory – you know, the old chestnut that if you don’t get the immunization then you will be endangering other people).

It took a very long time for scientists to develop the polio vaccine, but they seem to be able to crank out these brand new flu strain shots at the drop of a hat. Excuse me if I remain somewhat skeptical. To put it bluntly, I’ll take my chances, thank you very much.

As for measles, and mumps, and chicken pox, I had them all as a kid. It was part of growing up. You contracted it, you got a bit sick, you had some time off school, (awesome!), and that was it. But what it does do is toughen up your young body, preparing you for the world ahead with all of its nasty viruses, diseases, and SJWs.

I’m sure that this is where someone will chime in with a comment about how they knew such and such who got measles when they were a kid and it deforemed their brain and turned them into an SJW, (a truly awful fate I must admit), and my response will be the same:

So what? There are no guarantees in life. There are no certainties. Bad things happen to people all the time. But even worse things happen when you try to shield everyone from any bad thing happening. It is exposure to risk and chaos that makes us stronger in the long run. Just as a kid who never was allowed to play outside in the dirt will grow up weak and vulnerable to infection, so too an endless regime of drugs and vaccinations will leave the body with the idea that the job of protecting it from harm will be passed off to an outside entity. Which will not only leave it weak but heaven help it if the outside entity is unable to come up with protection from a very real threat.

As to what I will do when I have kids, my wife and I will make that decision when we come to it. We will conduct a thorough cost benefit analysis. We will not defer to the lazy option of letting the government make our decisions for us, and we will certainly not do that and then get on our high horse and preach at those who have the foresight to make their own decisions.

Is that red pill enough on vaccinations for ya?