I am somewhat of a suspicious chap. This trait has been honed over a lifetime of being screwed over and of seeing other people being screwed. I’ve also come to the conclusion that everyone will always act in their own best interests until proven otherwise. Morals are rather thin on the ground these days. We’ve all been taught that each of us are the most important people in the world, and this narcissistic worldview has saturated our community.

So forgive me just a little as I fail to find any enthusiasm for the recently sacked Sky talk show panelist Mark Latham and his announcement that he intends to launch his own website and Facebook page in direct competition with his former employer.

“So many people say to me, ‘we’re losing our country Mark, these changes haven’t been discussed, they’re not democratically decided, we want someone to stand up for us’.

“Well that’s what we aim to do here at Mark Latham’s Outsiders.

“No namby-pamby PC, we give the straight talk, well-researched information, no fake news — none of the rubbish you see in the mainstream media, who are too scared to stand up for our country.

“You get the fair dinkum stuff here.”

You would think that I would be rather excited about this, and I was for about three and a half seconds, until I discovered the next little tidbit of information.

“Latham wrote that contributions from the public would help with “the start-up costs and ongoing operation of Outsiders broadcasting.”

But I didn’t have the luxury of having the announcement of my little media empire on the front page of The Australian newspaper. That alone is worth a serious amount of cash. But I suspect that Latham just wants to keep himself in the style that he is accustomed to living. The cash isn’t about funding Mark Latham’s new venture; it is about funding Mark Latham.

If he wants to do this then go right ahead, but this stuff takes time. It takes time, energy, focus, and commitment to build an audience. Ask Milo how he is going since he left Breitbart. I’ve seen some of the articles that he has posted recently. They’ve been up to his usual high standards, but whereas before he would have received thousands of comments on a single article at Breitbart now he struggles to get double figures.

It’s a tough game this building an audience stuff.

Or not. Browsing through the comments on the article that I linked above, it seems that the vast majority of people are expressing enthusiastic support for Latham’s new venture. Whether that support translates into reaching into the hip pocket is still too soon to tell. But I wouldn’t be surprised. 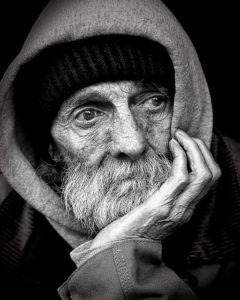 I won’t be giving any money to Latham. This modern craze of internet begging just s—s me to tears. It now seems to be old fashioned that you might offer a product and demonstrate that you have some street cred by delivering on your promises over a period of time. Who needs that? Why, you can just jump on Patreon or Kickstarter and begin the exciting opportunity of getting money before you have delivered anything. Or the front page of The Australian. All you need is a bunch of airy promises like saying that you’re going to offer a “deplorable guarantee!”

Of course, precedent has amply shown that getting the money before you deliver the goods usually results in a massive slowdown in enthusiasm for the project by the public beggar-in-chief. Latham will talk the talk and bring in the funds but I remain entirely skeptical. Let’s see if this is still going in a year.

What am I saying? Any over and under out there for him still doing this in six months?