You may think we live in a modern, industrialised nation, but when civilisation falls, it happens very quickly. 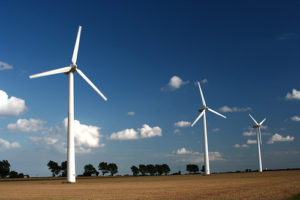 If you have ever wondered what kind of mindset led resource-rich South Australia to a point where it relies on Victoria for a substantial portion of its electricity supply, and it experiences regular power outages, comments today from its premier provide all the insight you need. Jay Weatherill responded to news that AGL has scrapped plans to build a gas-fired power station, following his government’s decision to build its own gas-fired power plant, with the following:

“If there are big power companies squealing, the (government’s energy) plan is working,” he said. “It is a finely calibrated plan, it’s been carefully crafted to go as far as we can to actually drive competition but also not scare away investment.

“We’ve been screwed for too long by large power companies, it’s as simple as that.

A private company is supposed to make enormous profits providing a service that people want for more than the cost of producing that service. If you remove the barriers to private companies entering a market, multiple companies will enter that market, and the competition between those companies will drive down prices and increase quality.

Weatherill takes the language of this concept but twists it on its head:

Aside from the criticism usually being that a private company will just take the profits and not bother to invest in the infrastructure, Weatherill does appear to make sense, except:

“What AGL are upset about is that we are going out to procure for new customers to supply the government’s electricity and we excluded AGL from that contract. They wanted to try and increase their monopoly on power but we wouldn’t let them,” he said.

Stealing money from taxpayers to pay companies to supply electricity is not competition. It is government interference in the marketplace, the sort that any economist, (and as the Australian reports, the SA government’s own advisors) will tell you, would discourage private investment. It is close government ties to business which allows big multinational corporations to maintain monopolies, stifle competition, keep prices high and quality low.

In February, The XYZ’s Adam Piggott detailed how the government “investment” of hundreds of millions of dollars in Australia Post forced massive retrenchments at privately owned Toll, which was unable to compete with a taxpayer-funded behemoth. These words bear repeating:

“The role of government is to provide services which private enterprise is incapable of providing. It is not the role of government to utilize money that has been taken by taxpayers to prop up a service that has been rendered obsolete by the rise of more efficient private competitors, let alone squander such funds on immense personal salaries for high level executives.”

The taxpayer-funded ABC naturally gets none of this, and happily used Weatherill’s comments to frame the story as the government striking a win for the little people against big energy, with the headline “SA power: Premier Jay Weatherill unleashes on AGL after company shelves investment plans”

(And the new ABC chairman can’t see the bias…)

With the South Australian government effectively moving to nationalise its electricity network, my prediction is that events will proceed as follows. In a couple of years, electricity will be switched off across the state every second day between 1pm and 3pm. Shortly after, the government will ban buildings turning their lights on above the third story. Next, the government will be encouraging citizens to grow their own food to ensure state self-sufficiency.

My advice to South Australians is to start growing your own food now. And learn to hunt.