The ABC’s recent take on the issue of harassment of female runners visits a familiar theme and draws some familiarly troubling conclusions. 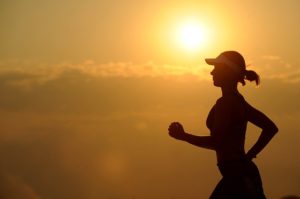 The chief contention of Eliza Buzacott-Speer’s article – that it is male perpetrators and not female victims who should be changing their behaviour in order to prevent harassment – is hard to argue with, but the dismissal of practical safety advice for women as “well-intentioned” but “really, really problematic” is cause for serious concern.

“It’s not up to women to stop men from doing things,” says Bianca Fileborn, research fellow at the Australian Research Centre in Sex, Health and Society at La Trobe University. “Men are actually quite capable of not harassing women, so we really need to be putting the onus back on the people who are perpetrating the behaviour.”

These kinds of sentiments are all well and good as far as the issue of public verbal harassment goes. It’s not unreasonable to believe the kind of men who are inclined to wolf-whistle or catcall at passing female runners don’t see anything particularly wrong with what they are doing, so it may well be that a stern word or two is all it takes for them to re-evaluate their boorish behaviour.

Where this approach falls down is when this sort of harassment is conflated with actual physical violence, which Buzacott-Speer does in drawing parallels with the brutal murders of three female runners in the United States.

Unlike said wolf-whistlers, men who lurk in bushes waiting for lone, vulnerable female runners don’t do so with the mistaken belief they are engaging in a bit of harmless fun. On the contrary, they know their actions are abhorrent and simply don’t care.

Men like this exist not because of some broad societal failure to challenge their perverse behaviour, but in spite of societal norms that utterly reject that behaviour. As such, the idea that these sorts of men will respond to reason, rationality or appeals to decency is simply absurd.

Yet commentators such as XYZ favourite Clementine Ford still want to throw these monstrous crimes at the feet of the “toxic patriarchy” rather than the individual, insisting the likes of Victoria Police’s Detective Inspector Mick Hughes are part of the problem for daring – as he did in the wake of the tragic death of Melbourne schoolgirl Masa Vukotic in March last year – to advise women to avoid travelling alone in parks (these comments were made, it should be added, while the perpetrator was still at large and still posed a credible threat to the community).

Yes, it is unfair that a woman wanting to go for a run should have to factor in the time of day she leaves, the route she takes or even how she might defend herself in the event of an attack in order to minimise her risk of harm, just as it is unfair that any of us should feel compelled to purchase expensive security systems to prevent our houses from being burgled.

Sadly, the world is a cruel and unforgiving place at times. We can try all we want to convince ourselves the key to a peaceful, utopian society is simply better education and more open conversations, but the reality is that there will always be terrible people who do terrible things.

Those who offer women safety advice are neither victim-blaming nor putting the onus of violence against women back on women; they are simply acknowledging harsh realities and offering the most pragmatic solution possible.

As such, treating this sort of advice with contempt is unfair and unnecessarily hostile at best. At worst, it actively encourages women to take unnecessary risks as a show of defiance, thereby running counter to the intended aim of reducing violence against women.