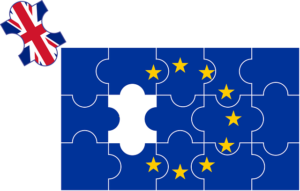 While we are still in the mighty swing of the USA presidential elections, the ramifications of the BREXIT referendum have gone pretty much unnoticed in current media.

Quick recap – The United Kingdom of England, Northern Ireland, Wales, and Scotland had successfully voted to leave the EU, much to David Cameron’s and the Brussels boffins’ dismay.

Since then, the European Union has placed pressure on Australia to focus ONLY on trade agreements with the EU before doing any negotiations with Great Briton.

In stereotypical Australian fashion we told them where to shove it, and have started a trade working group with the UK. This came with great praise from James Carver, of the UK Independence Party, stating that Australia should be rewarded for the actions taken.

Now let’s look at the bloated, writhing mess that is the EU… or Merkel, either way… we will take a trip in time. Five years ago I was living in Berlin, when I arrived I flew into their “old” international airport, Tegel, and was supposed to leave from the new airport, Schönefeld. When I was there I was informed by locals that the new airport had been delayed by two years, due to mismanagement in safety, and construction was halted. Needless to say I flew out of Tegel when returning to Australia.

Fast forward to this year and I was in München for Oktoberfest and general tomfoolery. Speaking with some Germans and a straight-arrow, no-nonsense Russian, I had learned that Schönefeld was still unfinished/unusable, and a bit more information as to why.

Being part of the European Union, nations building infrastructure must release to other EU nations a tender for the work. The work then MUST be given to the lowest bidder. Not quality, not skill, but whomever will do it the cheapest, in order to encourage poorer nations to build their income. A great plan, in theory.. The Germans are known for efficiency and quality and no sense of humour. (Trust me they only know one knock-knock joke in the entire country.) Yet they have been unable to finish their much needed new international airport in their capital for at least 7 years due to EU requirements.

One set of workers do something, it doesn’t meet safety standards or regulations, they need to tender again to alter and meet these standards. This has been going on and on.

Here we can see almost a decade of decay due to the high and mighty force that is the European Union eroding the most diverse and cultural continent on the planet.

Also a side note I hear that Sweden has banned Christmas decorations as to not offend Muslim immigrants. Not sure of the validity of this, but it was on the grapevine.

Editor’s note: Here is a very boring article summarising efforts to mitigate requirements to accept abnormally low tenders, or ALT’s – yes, not only is it a thing, they even (naturally) have an acronym for it.  And here is an article summarising the fiasco in all its glory.