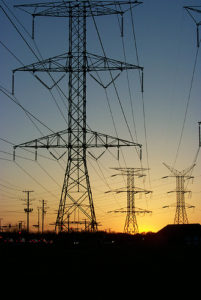 As your author types the first draft of this article, it has been some 30 hours since an event occurred that made South Australia look like Mike Baird’s Sydney on a Friday night.

The power went off.

Now of course there is a tad of context that needs to be mentioned. South Australia was in the middle of what was being hyped up as a monster tornado, the likes of which the state had not seen in 50 years. In pure size this one was a beauty, and it is true that over the length and breadth of the state some areas had it hard. However in other areas, it was rarely more than heavy rain, and not really that much worse than the heavy downpour and associated flooding Adelaide had received a mere two weeks early. Also, for all the tornado hype it was by all accounts completely lacking in sharks. Had this been all that had happened, the news would have been fleshed out the next morning with the usual pictures of fallen trees, oversized hail stones falling on lawns, some stock pictures of sharks just for the purists, and the rest of Australia would show interest for just as long to double-check the rain wasn’t going to spoil their Grand Final weekend.

Oh yes, second tad of context. South Australia has not only the most expensive power in Australia – if not the world – but also is neck-deep in wind farms.

There were counter-arguments within the media of course, but regular readers of this site are most likely well aware of them already and need not be discussed in depth much further. Instead, it is the ones who screamed self-attention that are the most interesting.

There was Weatherill, Tyrant of Australia South, who was quick to appear, flanked by serious-looking men in emergency services uniforms and the token sign language expert, who stated that everything had worked as planned and there was nothing to worry about, and if there was anything to worry about it clearly wasn’t the fault of the ruling Labor government.

There was Nick X, who secured himself some screen time whilst carrying some serious-looking paperwork, managed to both support and insult the renewable energy target and call for some heads to be rolled. Keeping with Nick X tradition, he didn’t actually mention exactly whose head should be targeted or exactly where he wanted it rolled to, but let’s not let those minor points get in the way of a good Team Nick publicity stunt.

From a different side of Federal politics, but also sitting very close on the same fence, Minister Josh Frydenberg managed to insult both the renewable energy groupies by mentioning the word ‘unrealistic,’ and the people who just want cheap and constant baseload by using the words ‘not to blame’.

Everyone’s favourite Greens sulking machine also got her Twit on, expressing disappointment that people were ‘politicking over renewables’ while volunteers were still out there responding to the problem, neatly managing to both ignore the fact that if the power grid hadn’t collapsed then many of those emergency volunteers may not have been needed, and also devote a full 17 more words to the problem then she did during her ‘Accidents Happen’ moment of compassion.

There were also various comments from various people suggesting that everything was the fault of a one-in-fifty-years storm that no one could have expected, ignoring totally the fact that if a storm this size had happened 50 years ago, then everyone should have already had real world examples of what the weather was capable of doing and designed accordingly.

We could go on, but unfortunately the person we really should be hearing from has been Chris Pyne. Pyne’s Twit feed has carried a token ‘kick while down’ at SA Labor and another about how much fun he has been having playing soldiers with Thales at Monegeetta. Have fun with those new army fun buggies, Chris. Don’t get your boots dirty.

The thing Pyne should remember is that he is currently Defence Industry Minister, and South Australia, as we seem to be constantly reminded, is the Defence State.

While ASC would be the group casual members of the public are most likely to mention, Adelaide is thick with other defence industry companies, to the extent that it is hard to go north of Grand Junction road without finding at least one professional who politely declines to go into too much detail about their day job. F-35 components are manufactured here. General Dynamics Australia are based here. BAE Systems have a massive footprint combining just about everything that isn’t their shipbuilding arm. The list is longer and may become longer still if the State Government gets their way.

They have been pushing with glossy brochures and impressive 1:1000 scale models for a massive Defence Precinct to be built on the land near the Edinburgh base. The plans include full vehicle test tracks and the workshops to allow Heavy Grade Repair of the soon-to-be-growing M1 fleet of vehicles. A big feather in both SA’s and local industries’ caps, but also something that would require one important thing.

Stable and cheap supply of electricity.

Heavy Grade Repair of armoured vehicles requires high quality welding, a requirement also shared in just about every single process for the future submarine builds. Unstable power supply is not going to make the process any easier, any cheaper or going to help convince the ADF that their vital and expensive equipment is going to be returned to them on the dates they had expected.

Lack of stable South Australian electricity isn’t just something that drops out people’s wifi and forces them to hunt for candles; it is a factor that affects Australia’s ability to successfully defend itself.

Pyne shouldn’t just be taking easy swings at SA Labor. If he is serious about the state that elected him and serious about the portfolio he insisted on taking, then there is one clear thing he should be calling for.