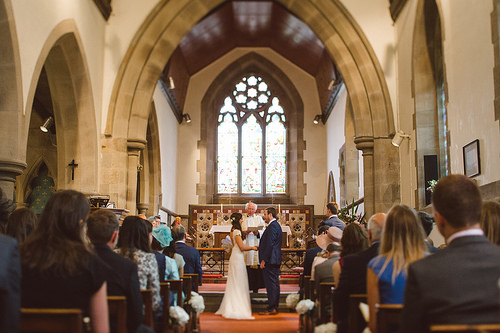 Pauline Hanson was recently a guest on Joy FM, Melbourne’s Gay & Lesbian radio station. I didn’t hear the interview (not living in Melbourne and not really being part of the demographic) but hopefully they gave her a fair shake. After all, many of the demographic (at least the smart ones) are going to take One Nation, if given the choice between them and Islamist Enablers who turn a blind eye to the disproportionate numbers of gays whose lives are ended prematurely by being thrown off buildings in the Middle East compared to say… anywhere in the West.

We can only assume that Joy FM did give Pauline a fair shake. Donald Trump is somewhat of a gay icon due to his larger than life persona, outsider status, non-pandering to gays as if they were delicate, helpless, endangered, cute and fuzzy animals, and suspicion of an ideology that places gays roughly below rats and cockroaches, yet gets a free pass from supposed allies of the LGBT community simply because they’ve found somebody cooler and more marginalised. We can only assume that Hanson is also a gay icon for these same reasons, but as with Trump it’s on the lowdown, just as her popularity with most average Australians is on the lowdown.

SMH is constantly looking for a gotcha moment with Pauline Hanson, being virtuously superior to the basket of deplorables as they are. They offer a few quotes here. All of which are intended to provoke outrage and ridicule, yet sound entirely reasonable to anyone who isn’t alarmed by climate change while curiously not sufficiently alarmed to hold off on trading up for a brand new disposable car every 12 months (a Tesla that just adds a middle man to coal burning, and is made mainly of plastic that’ll be landfill for thousands of years). So we can only assume that Joy FM gave Pauline a fair shake. Good on ’em.

One line from Hanson echoed something that we incessantly hear from the regressive left every time a white person does something that deviates from the usual white person pursuits. Whether it’s singing in a different manner, growing dreadlocks, or even following in the footsteps of Harper Lee, Cultural Appropriation is apparently one of the most heinous things a privileged white person can do. This is at odds with the old saying that ‘imitation is the sincerest form of flattery,’ but whatever.

Some people get a free pass when it comes to Cultural Appropriation. Usually those with the right politics. Al Jolson profited quite handsomely from donning blackface and appropriating the hell out of black culture for fun and profit. But because revisionists have inexplicably framed him as a civil rights pioneer, in acrobatic leaps of logic that make the Warren Commission’s Magic Bullet theory seem sound by comparison, he gets a pass. As do contemporary black and white minstrels Shaun King and Rachel Dolezal.

Now, let’s not mince any words. The concept of cultural appropriation is usually overwhelmingly ridiculous, and usually only exists to intimidate average schmucks when there’s no actual smoke of racism, much less fire. It’s just another dirty trick in the leftist arsenal. But if we’re going to go down that rabbit hole, let’s go down that rabbit hole indiscriminately. For me, this is the most interesting quote from Pauline Hanson.

In essence, Pauline Hanson is making a pretty compelling case for charges of cultural appropriation. I’m not particularly religious myself, and don’t really have a dog in the fight as long as school children aren’t indoctrinated into what is ostensibly a fairly unusual alternative lifestyle, in much the same way as myself and my wife not having children is a fairly unusual alternative lifestyle. Neither of us (the gay couple, or the childless heterosexual couple) has a choice in our alternative lifestyle, and we are quite happy and content regardless, but by the same token, I wouldn’t advise a childless existence to be taught as a desirable life path for primary school students being prepared for adulthood either.

Pauline’s concern is well founded. Even more so if you buy into the theory of Cultural Appropriation. Conservative firebrand Gavin McInnes theorises that the fight for marriage equality is mostly about ‘f—ing with Christians’. I suspect he’s right. We already have civil unions, and if further legislation and amendments are required to protect Gay civil unions, I’m sure 99% of people would be for it, as long as it isn’t mainly about ‘f—ing with Christians’ (a national pastime for our ABC and most of their acolytes).

Can you imagine for a moment if a bunch of white people wanted to take part in an Indigenous scarring ceremony on sacred land against the wishes of the traditional land owners? Now imagine if their reason given was that, ‘Well, we live in Australia. We’re citizens. We have the same right to be scarred as the rest of you. Your faith is ignorant and bigoted’. Everyone would justifiably be in an uproar, cries of Cultural Appropriation would be legion.

I remember decades ago, before homosexuality became mainstream, a friend of my mother who was straight was heckled and badgered out of a gay nightclub she was at with friends because she was rejecting advances, and made the mistake of telling one rather intimidating lesbian she was straight. She was surrounded in moments by an abusive pack of women who by all accounts sounded quite like Juice and her boys from Wentworth. I won’t go into a gay bar. I’m not homophobic or intimidated, I just get that that’s their place and their culture. Why would I take away the one place they feel that’s theirs when there are fifty other bars around?

And that’s the crux of it.

Just because we have equality, it doesn’t give us the right to participate in every activity, be in every setting, and participate in every ritual simply because it is our inalienable right as a human being. Would a leftist grant me the right to peer beneath some woman’s burka simply because her husband can, he’s a human, and I’m a human, so I’m within my rights? Am I within my rights to join up at Curves gym because I feel that I shouldn’t be discriminated against for being a man? Of course not. That’s stupid. When I was in Amish country, I wasn’t taking photos of them, as advised because their religious beliefs trumped my rights as an  a—hole tourist.

That’s life. You don’t get to participate in every activity or ritual that has nothing to do with your race, culture, or lifestyle just because you feel that it is your inalienable right as a human being. Bad luck. Tough s—. We aren’t preventing people from drinking out of bubblers or making them sit at the back of the bus. Making an entire faith uncomfortable just so that you can intrude on something that by virtue you aren’t particularly committed to just doesn’t gel in anyone’s language. If we’re going to get bogged down on white people wearing dreadlocks as cultural appropriation, then surely insisting on being married in churches that aren’t down with your alternate lifestyle is an open-and-shut case of textbook cultural appropriation.