This article was originally published August 26, 2015.

The same theme is happening over and over again. Migrant background. Identifies as Islamic. Feels victimised. Triggered for whatever reason. And the West is terrorised as a result.

Warning: Islamic “race” is known to become pathologcally unbalanced if mentally ill and triggered. It must be a gene.

Sydney siege gunman, Man Haron Monis was allegedly mentally ill, which led him to terrorism. Arguably, on that basis, Islam is the fastest growing mental illness in the West. It can be benign, but it can also be triggered into armed Jihad. 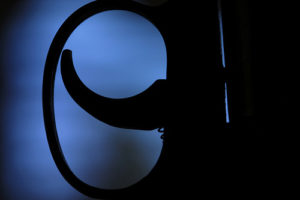 On that note, we need to have an 18+ warning placed on the Koran and on Mosques. We need trigger warnings when they encounter aspects of the Koran and Hadiths that advocate child marriage, objectification of women, terrorising the “other”, righteous religious violence, slavery, rape and anything else which, if not under the umbrella of Islam, would violate a university safe place. And while we are at it, lets put a trigger warning on Islamic migrants. No pun intended.