This week, as Nigel Farage retired from politics, and Boris Johnson declined to step forward for the role of British Prime Minister, there have been several competing narratives regarding what this means.

On the one hand, it seems odd that they both stepped down, or did not step up, just as they achieved their gretest success, but when so much more work needs to be done. There is the idea that if you break it, you bought it.

On the other hand, it also shows their humility, their true greatness – they only wanted what was best for their country, with no thought of personal power for themselves. One can imagine the carry on, and the ego boost, had a charachter such as Kevin Rudd or Hillary Clinton achieved such a feat.

There is of course the darker narrative – this has occurred in the same week that the Head of the FBI has declined to recommend prosecuting Hillary Clinton…. 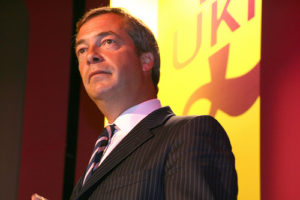 Whatever one makes of it, recognition of Johnson, and particularly of Nigel Farage, is very much in order for their monumental achievement in leading the movement to extract Great Britain from the rot that is the European Union. James Delingpole, whom I have enjoyed reading for many years in the Australian, and who now writes for Breitbart as well, has named Nigel Farage the greatest politician since Thatcher, and compared him favourably with Winston Churchill, to boot. (His excellent article can be read here).

Delingpole also notes the bile which has been directed at Farage. In the person of Nigel Farage, (or persons, including Johnson) those opposed to Brexit since the vote have found someone on whom they can focus all the vitriol, the anger, the hatred, of their epic dummy-spit:

“Nigel Farage is a virtue-signaller’s wet dream on steroids with icing and hundreds-and-thousands and cherries on top.

“If you conspicuously loathe Farage, it means, that you hate: racism; bad fashion; uncool music; people who abuse animals; injustice; sexism; genocide; homophobia; greed; selfishness; cancer; cheating at Monopoly, or any other game come to think of it; Hitler; puppy-killers; Jimmy Savile; Pol Pot; Voldemort; people who use swimming pool changing rooms without covering up their veruccas.”

Sure it’s hilarious, but he’s right.  This is a familiar pattern, which anybody opposed to the left-wing narrative must be prepared for. Hopefully Great Britain, and the rest of the West, has a strong reserve of leaders prepared to continue the fight for liberty.