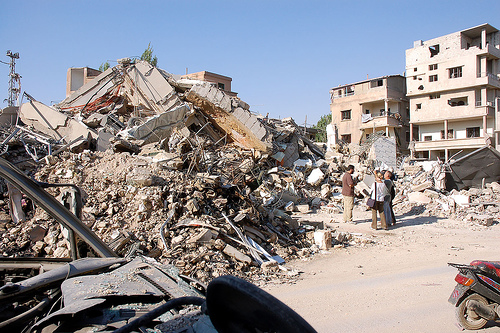 Lebanese-American woman, Brigitte Gabriel describes how she was introduced to radical Islam when she was 10 years old. Muslims blew up her home in Lebanon, and for the next 7 years Gabriel and her family were forced to live in a bomb shelter, without access to electricity or running water. She recounts how as a child she was forced to forage for food and water under the hail of bombs and sniper bullets. Her “only crime was to be a Christian living in a Christian town.”

Gabriel’s story is of a girl and then as a young woman, growing up in Lebanon under the Lebanese civil war.

Lebanon, until recently was the only Christian majority country in the Middle East. It was peaceful and prosperous – despite having no oil. Beirut, the capital of Lebanon was know as “the Paris of the Mediterranean”. It was a cosmopolitan tourist destination and the thriving financial capital of the Middle East.

Gabriel explains: “We were open minded, we were fair, we were tolerant, we had open border policies, we welcomed everyone into our country because we wanted to share with them the westernisation which we had created in the heart of the Arabic world and the Middle East.”

“But sadly, because of our open border policy and our open mindedness and tolerance and fairness, we welcomed people who were not supposed to be in our country in the first place.”

With rapid Muslim birth rates and the influx of Palestinian immigrants into Lebanon, Christians found themselves in the minority.

As Gabriel states: “once they came in [the immigrants], the majority of them were Muslims [and] they put their heads together with the Muslims in Lebanon and declared war on the Christians. And that’s when the civil war began in 1975.”

Gabriel describes how Lebanon’s legal system which supported tolerance and diversity was used against the indigenous Christians. “Not only was our enemy able to infiltrate our country, but to use our existing laws to their benefit, to establish their presence and to twist the laws to their side.”

She goes on: “We had many people in the country including many Christians who actually marched with the Palestinians and the Islamists asking for more Islamic representation in the government for them, thinking that they are taking on the cause of the underdog. However, once the massacring began in 1975 and Muslims became the majority and began taking over Christian cities and towns and killing them… Some of those Christian leftists who basically demonstrated with the Islamists and said ‘what do you mean you’re here to kill us and to slaughter us? We demonstrated with you, we pushed for your rights in the government, we pushed for your to take a part of whatever we had established…’ the Muslims would kill them and tell them ‘you were as infidels as any other infidel, and you deserve nothing but death.'”

Gabriel believe that “this was the price that we paid for our open mindedness and tolerance of those who came in our country who had no intention of assimilating with us, who had no intention of becoming a part of the Lebanese society… but once they became the majority wanted to impose their backwardness, their way of life, their way of being on us which brought our culture down. And when today when you watch the news you are no longer seeing Lebanon as Paris of the Middle East; you are seeing Lebanon… a hot bed of Islamic extremism.”

During the Lebanese civil war, 160,000 people were killed – 100,000 being Christian. Now Christians are the minority in their own country.

The nation of Lebanon has been shattered, and now resembles a shadow of the once prosperous, tolerant and peaceful nation that it once was.

Brigitte Gabriel gives her story as a warning to the West, which you can watch in the video below. 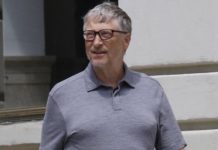 Satan is the father of lies 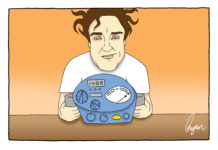