Today in Melbourne, courageous opponent of all forms of discrimination and hate speech (well, all except one perhaps), Clementine Ford, named and shamed a man whom she overheard speaking a forbidden word starting with ‘f’ that we cannot possibly repeat here (okay, he said ‘faggot’). Being a fearless warrior for compulsion in social etiquette and a renowned offence taker, Clem immediately named and shamed the guy on Facebook, describing his crime as ‘homophobia.’ He apparently uttered the forbidden word, which constituted hate speech in Clem’s sheltered world, whilst standing next to her waiting for a lift in a department store. How utterly traumatic. You can read all about it on Clem’s Facebook page (if you really want to). 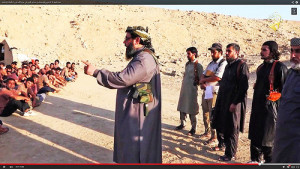 Yesterday, Islamic fanatics in Syria threw a fifteen year old boy, suspected of being gay, to his death from a high tower. Clem had nothing whatsoever to say about this. At the time of writing, XYZ are unable to confirm if the terrorists used the word ‘faggot.’