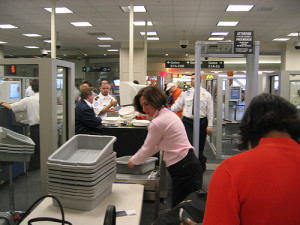 The Greens apparently believe they should be exempt from the sort of checks and interrogations other people are subjected to when crossing borders, but then, they do believe in open borders.

The real question here is not whether the American Customs authorities were engaged in ‘racial profiling’ but why they would bother to deny it. Of course they are subjecting those from Islamic majority nations and those with Islamic backgrounds to more thorough checks than might be applied to others.

As Muslims are responsible for just about every major terrorist event everywhere around the world, it’s not ‘racial profiling’ it’s just plain old common sense.