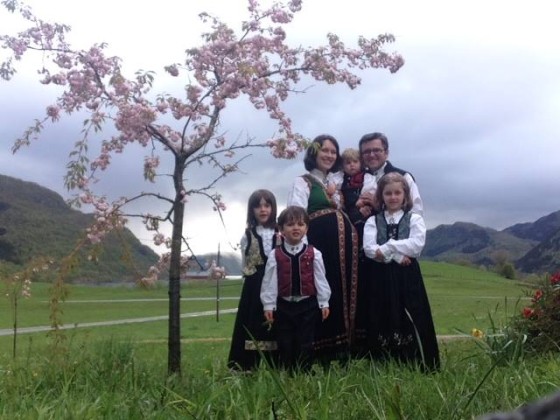 A bizarre story of state abuse and gross over-each of powers has emerged from Norway over the last few weeks. Child welfare services in Norway have begun the adoption process of 5 children they seized from a family because of concerns about the family’s Christian faith.

The principal at the school attended by the two eldest children reported the Bodnariu family to authorities on the basis of the children’s Christian upbringing, in particular that their parents were teaching the kids that God punishes sin (heaven forbid!).

The principal did not request the children be removed, but suggested that child welfare authorities provide counselling (read: re-education) to the family for holding such subversive and dangerous ideas. However, of course, things did not end there. Norway’s child ‘protection’ agency removed the children from the custody of their parents based a on an allegation of physical abuse. While no physical or medical evidence of abuse was found, in Norway it is illegal to smack children or physically discipline a child, and evidently, a child’s testimony to this form of punishment is sufficient cause to warrant removal from their parents.

“The children, including a nursing infant son, have now been placed in three separate foster homes while their parents have been given extremely limited visitation rights. Although both parents can see their infant son twice a week, only Ruth [the mother] can visit with her two oldest sons once per week while neither parent can visit their daughters.”

Despite no evidence of abuse, public protests, and a petition signed by nearly 50,000 signatories, Norway has begun the process of adopting out each of the 5 children.
Furthermore, a recent report has found that Norwegian child welfare authorities have a long track record of removing children from their families, which could well violate the UN Convention on the Rights of the Child.
Norway is one of the socialist utopias that leftists around the world gag themselves over and would love to emulate everywhere. Perhaps it would be best if we didn’t mention that Norway’s welfare state is based upon the nation’s immense revenue from oil sales – that, I’ll save for another story.
Norway: The place where you can’t say that God punishes sin. But don’t worry, the state can – and does. Especially the progressive left’s cardinal ‘sins’ of freedom of thought, speech and religion.