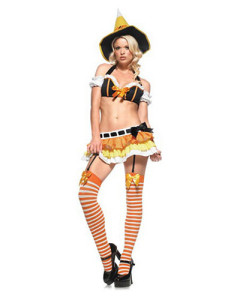 The Guardian are very angry about sexism. They’re sick of it. Had enough. So much so, its champion frightbat and union apologist Van Badham, together with all of her friends, dressed up as witches in protest. You might be unkind and say they’re not dressed up at all, but they did go to a lot of trouble, and that is the point.

The thing they are disgusted about, outraged over, the thing that’s really got them pissed off and marching in the streets in fancy dress, is that a government minister mistakenly sent a text message to a female journalist that described her as a “witch.” See the connection now to the fancy dress? Clever hey!

Meanwhile, in Cologne, dozens of sisters were groped, harassed, and worse, by a mob of men, in what police described as a new kind of organised sex crime. Van and the other witches had nothing to say about this. Nada. Not a peep. No offence taken it seems. They’re far too busy denouncing a ministerial gaffe, and far more offended by name calling.

It’s a good thing for Van and her comrades they’re not in the caliphate (yet). They still execute witches there.