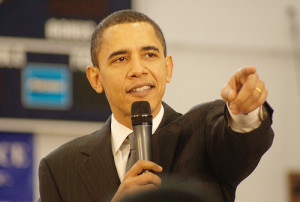 ‘As my girlfriend, Malcolm Turnbull has pointed out, those who commit violent extremism in the name of islam in fact blaspheme the religion of peace.

The New York Times has hailed the move as a stroke of genius, with one commentator opining, ‘this is the sort of brilliance, which when revealed, seems so obvious that we wonder how nobody came up with this before.’

A spokesperson for the Obama administration later outlined more details regarding the implementation of such a policy, which includes the placing of CCTV in every room of every house of every non-muslim, as well as in random scrubland. Ze also stated that some in the hate media who have labelled this new policy as “profiling of non-muslims” are racist bigots who are encouraging violent extremism, and have been arrested and shot on sight.