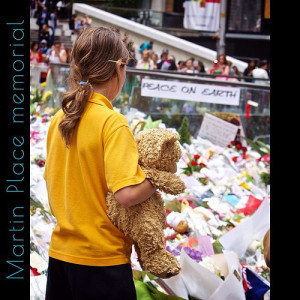 Just imagine this if you will. A deranged gunman storms into a coffee shop taking the staff and patrons inside hostage. Wearing a bandanna showing his allegiance to the Pope, he forces his hostages to take turns holding up a large banner in the shop window proclaiming that he is doing this on behalf of the pro-Catholic Right to Life organisation, with a view to putting an end to abortions and stopping the killing of unborn babies. He forces his hostages to call radio and television stations, pleading for air time to make his cause known, and to demand an end to abortion and return of the nation to its Christian foundations. Hours later, police storm the coffee shop, even as he begins executing the hostages in the name of his cause and God.

And now ask yourself, would any politician, any media commentator, the whole national broadcaster, be reticent to associate the atrocity with the Catholic Church in particular, and the Christian faith in general? Even if the gunman was something of a spiritual journeyman, with a history of involvement in different churches, and had only come lately to a fundamentalist form of Catholicism? Would anyone at all be loathe to join the dots and associate him with the Catholic Church and its anti-abortion crusaders in some way, even if the guy was suffering a mental illness? Would a passer-by waiting for a train invent a whole social media campaign asking fellow travellers to ride with frightened Catholics?

We think not. Clearly the hostage event, and the cause proclaimed by the gunman, however poorly planned and executed, and whether he was known to a Catholic priest anywhere or not, are intertwined in some way. Any rational person can see the obvious link. So why is it so excruciatingly hard for so many in our community to see the patently obvious links between Man Haron Monis, the Lindt café gunman, and the Islamic religion?

That the Lindt café siege was a terrorist attack inspired by Islamic State (even if not carried out by that group) is obvious to any person with a brain functioning just above the level of that of a patient in an induced comatose state. Today, on the first anniversary of that event, Sydneysiders, and more importantly, the actual victims and their families, have been insulted by the epic stupidity of their Mayor, a woman named Clover Moore, who looks and sounds every bit as foolish as her name. Mayor Clover denies the Lindt café siege was a terrorist attack, and is anxious radio ‘shock jocks’ and tabloid commentators don’t dwell on it, and so cause division in the otherwise harmonious multicultural paradise that is Australia’s largest city. The good citizens of Paris were thinking the same until recently.

Memo to Mayor Clover – pretending Islamic terrorism does not exist, writing off a terrorist attack as a psychotic episode, and denying there is any problem at all with that certain religion that cannot be named let alone discussed, will not make it all go away.