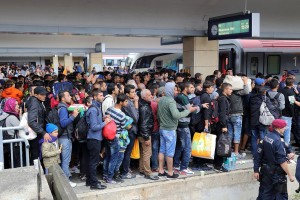 Some time ago the XYZ ran a poll on which European nation might collapse first under the weight of the current immigration crisis. Sweden, a nation held captive by Socialist elites and afflicted with an overly generous welfare regime and porous border, was the standout choice. And it seems the readers may have got it right. The Swedish Foreign Minister, no less, has now warned that the nation faces certain collapse if the current rate of immigration continues unabated, as seems likely. The Foreign Minister pleaded, futilely, for EU intervention. If anything, the zealots in Brussels will be demanding the Swedes take more of the economic migrants marching across Europe, in effect hastening its own demise. Sweden may very well, then, be the first failed state of western Europe for centuries, and certainly the first to commit cultural suicide on such a grand and public scale.