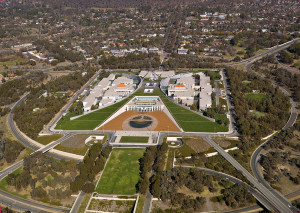 A spokesperson for Hizb ut-Tahrir, an organisation which upholds democracy as its highest principle, has requested that the Constitution of Australia be certified as halal by the proper authorities, in order to help Australians better assimilate.

It is insisted that this is necessary to end the exclusionary policies of the current political framework, which tends to be rather unwelcoming toward those new Australians who feel that things should perhaps be run a little differently.

The spokesperson made the undertaking to ensure that such a procedure would not alter the character of the Australian Constitution in any substantive matter, and that any small stipend requested in exchange for the fulfilment of the ceremony necessary to ensure that the Australian Constitution was less exclusionary in the future would merely cover the expenses, and the resources expended, by those individuals required to carry out their public duties.

Asked if he would look favourably on the potential for progress on the matter of better submitting to the desires of new Australian communities by improving the format of the founding document of the nation, the Australian Prime Minister responded that ‘if any persons in the community had concerns that such an augmentation could affect them in a less than favourable manner, then perhaps, well, maybe, they may have to dwell, at an opportune moment in the future, on the highly unpleasant, however unlikely, possibility, that the current State of residence in which they currently find themselves situated, may not, and I stress that this is a deeply unfortunate set of circumstances to which I must however heavy-heartedly allude purple monkey dishwasher, be their ideal location in which to perpetuate their existence.’

The spokesperson for Hizb ut-Tahrir reiterated pleasantly that the focus of this inclusive proposal for the updating of that glorious document in question at the current juncture was to ensure its inclusivity, and adaptability to the changing inclusive nature of new Australia. ‘Everything we do,’ said the handsome spokesperson, ‘we do in the name of inclusivity. If you’re not with us, you’re against us.’