For the past few weeks, I have been attempting to unpack an article by Uhtman Badar, spokesman for Hizb ut-Tahrir, an Islamic organisation which has been banned in several countries, and calls for the establishment of a caliphate.  The article was written in the wake of the Parramatta shooting, and attempts to shift the blame for Islamic terrorism away from Islam and onto the West.  I have, in the meantime, satirised the language he uses in his article on several occasions, as it can be just as effective to mock one’s opponent’s arguments, (although I am unable to make crude alterations to his organisation’s name, on account of something about throwing stones in glass houses,) as it is to challenge them directly.

But I have found that every time I bring myself back to Badar’s article I become, very quickly, mentally drained to the point that I need to take a nap.  Every line of his article contains a lie, a falsehood, or a twisting of the truth worthy of an essay in itself.  The level of intellectual awareness required to go through and deconstruct such an argument is so demanding that it becomes physically exhausting. 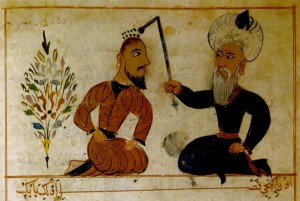 I would suggest that the symptoms I face when reading his article are deliberate and intended.  It is the M.O. of how spokespeople for Islam operate.  They employ a technic called “gaslighting”, a method whereby the information presented to someone is deliberately and relentlessly manipulated, through lies, half truths and distortions, to make the opponent doubt their own sense of reality.

If successful, the victim of the gaslighting gives up, ceases their resistance and becomes the puppet of the gaslighter – they know that any attempt to argue against what they still might perceive as a false reality will result in yet more remorseless intellectual and emotional attacks.

There are several ways to counter such gaslighting.

One can mock the gaslighter as relentlessly as they gaslight you.  The narcissisitic tendencies of the gaslighter will make them particularly susceptible to this tactic, and will most likely be enraged.

One can continue to persevere in resisting them intellectually.  Although exhausting and time consuming, this is essential in assuring oneself and others of one’s sure intellectual footing.  Rest assured that employment of the first tactic will result in the immediate accusation that your opposition is childish and bigoted.  By the time you get around to demolishing their argument, you will be told either tl;dr, or you will be ignored.

Another way, and the most effective solution to any narcissist, or narcissist political ideology dressed up as a religion, is to go no contact.  Starved of emotional energy, or in this case, physical resources, the narcissist will wither and die emotionally, and eventually physically.

As for that article, well, it’s on its way..