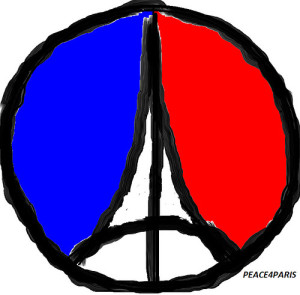 The Grand Mufti of Australia, Dr Ibrahim Abu Mohamed, got in hot water this week when he thought he could get away with blatantly blaming the victims of the Paris Terror Attack II for their own massacre.

“These recent incidents highlight the fact that current strategies to deal with the threat of terrorism are not working.  It is therefore imperative that all causative factors such as racism, Islamophobia, curtailing freedoms through securitisation, duplicitous foreign policies and military intervention must be comprehensively addressed.”

..he was arguing that Western foreign policy is responsible for terrorism, not the warped ideology of Islam which orders its followers to:

“Kill them wherever you find them, and turn them out from where they have turned you out. And Al-Fitnah [disbelief or unrest] is worse than killing… but if they desist, then lo! Allah is forgiving and merciful.   And fight them until there is no more Fitnah [disbelief and worshipping of others along with Allah] and worship is for Allah alone.”

The line of argument taken by the Mufti mirrors almost exactly the line taken by Uthman Badar, media representative for Hizb ut-Tahrir, an extremist organisation banned in several countries for its support for terrorism, who made the following argument after the Parramatta terrorist attack in October 2015:

“Rather, the primary cause of violence against Western interests is Western foreign policy. Everyone knows this.”

One cannot make the argument that Hizb ut-Tahrir are merely a fringe group when the head Muslim in all of Australia is making exactly the same argument.  Perhaps that is why the Mufti was at pains to ‘clarify’ his comments, making a new statement yesterday that he condemns “all forms of terrorist violence.”

Australian Prime Minister, Malcolm Turnbull, responded by saying that the Mufti has “cleared up the issue.”  But it is not the end of the matter.  The Mufti has not ‘clarified’ his comments at all, but obfuscated them.  Firstly, he has condemned the Islamic State with the usual lie that it is not Islamic.  But more importantly, when apologists for terrorism say they condemn all terrorism, they are still blaming the victim.  They, along with the leftist intellectuals and many of the educated class who consider themselves intelligent, consider Western foreign policy, particularly in the Middle East, to be terrorism.  They consider our support for Israel to be terrorism.  They consider our interventions, say, for example, in a country which harboured the terrorist group which launched an attack on the West which killed thousands of people, to be terrorism.

So he has supposedly condemned the Islamic State, but done so with a deflection – ie , they’re not Islamic – while keeping the core of his argument – ie, the West is to blame for terrorism – the same:

“For us to stop at the simple and sole condemnation of Daesh or Islamic State for what it is, is not going to be enough.. We need to be brave enough to start to look and to analyse with great insight, what are the underlying causes, what are the possible factors that may lead them and other terrorist groups and movements to do what they do in their name.”

So when the Grand Mufti of Australia says that he condemns “all forms of terrorist violence” he is not ‘clarifying’ his statement at all.  He is still saying the same thing, but presenting the message in a form which is more difficult for a Western audience to understand, but which an audience indoctrinated in Islamic ideology will understand well.  In this regard, he is employing a technique called Taqiyya.

Orwell called it doublespeak.  Today, it is generally known as dog-whistle politics.